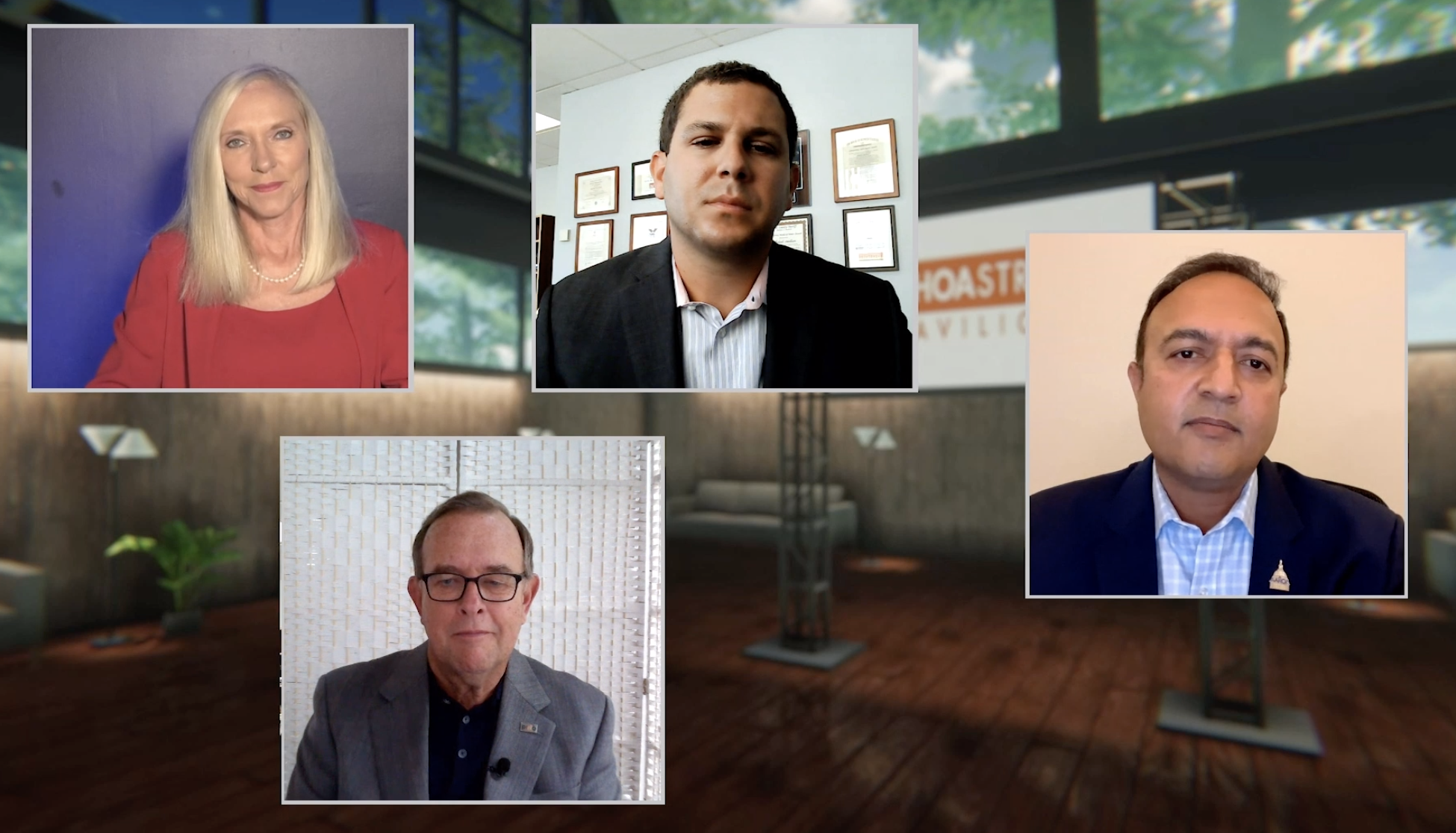 Two panels from the second day of AAHOA’s online conference focused on the need for advocacy in the hospitality sector, and how industry associations can work with governments to stay solvent through a crisis.

Advocating for the Hotel Industry

The day’s first panel brought three industry CEOs together to discuss advocacy. AAHOA president and CEO Cecil Staton began by praising the work of two other notable travel associations to support professionals and one another through the downturn.

The U.S. Travel Association is behind several initiatives to keep travel businesses afloat. Among them, CEO Roger Dow said, was getting destination marketing organizations included in the next round of Paycheck Protection Program funding. The Association is also looking to get hotels with fewer than 300 rooms officially categorized as small businesses, and to expand the recovery loan program. “Most important is liability protection,” he said. “You don’t need somebody going into an AAHOA member’s hotel and going home and saying they got COVID in your property, and then trying to sue you.” Increased testing initiatives, expanding the employee tax credit, and grants to promote health and safety are also in the works, he said.

While people within and outside of the industry are discussing long-term recovery plans, American Hotel & Lodging Association CEO Chip Rogers said the key message his team is passing along to lawmakers is that hoteliers are trying to keep their doors open and their teams employed one day at a time. The PPP was established to protect businesses for up to 10 weeks, he said, but it now seems like the pandemic will extend at least into the beginning of 2021. “So we’re asking specifically for another round of PPP funding for those businesses that have lost 35 percent or more of their revenue,” he said, noting that the current HEALS act offers such support for businesses that have lost 50 percent of their revenue or more.

Rogers also expressed concern about commercial mortgage-backed securities. “A third of all hotel debt is CMBS,” Rogers said. “About a quarter of all CMBS loans are in delinquency already. This is going to quickly be followed by foreclosure and is going to devastate our industry.” Lawmakers in Washington could take action to fix the problem, he said, or industry leaders could step in to create a vehicle that allows the government to have preferred equity. This would allow hotel owners with CMBS loans to keep their businesses afloat.

Dow noted that destination marketing organizations, convention and visitors bureaus and other 501c(6) businesses were not eligible for PPP loans. “This means all the convention and visitors bureaus have no money to bring their people back,” he said. “And that’s a phenomenal shortcoming, because when the time is right to bring people back, they’re not going to have the resources of the people.”

Later in the day, the Lobbying for Lodging: State-Level Advocacy Impacting the Hospitality Industry panel, moderated by AAHOA Vice-Chair Vinay Patel, examined state-level government legislative updates and initiatives that support hoteliers. But before they discussed how they liaise with both governments and hoteliers, the representatives of several state associations shared updates on how they were faring in the face of the pandemic.

The hospitality and tourism industry is the economic engine of Florida, said Carol Dover, president and CEO of the Florida Restaurant and Lodging Association. “We do 25 percent of the state’s entire budget,” she said. But during the height of the pandemic, of the state’s 1.5 million restaurant and hospitality employees, more than 937,000 were furloughed and laid off. “So clearly, it’s been a challenge,” she said, estimating the state has lost about $2.1 billion in revenue since COVID-19 hit.

In Pennsylvania, said John Longstreet, president and CEO of the Pennsylvania Restaurant and Lodging Association, the state hit a low occupancy point in mid-April of 17 percent. “And while it certainly isn’t going to sustain the industry, I’m happy to say that as of the week ending July 20, we’re back up to about 42 percent statewide,” Longstreet said—but noted that in the same period last year, occupancy was at 78 percent. “So while we have some optimism there, it’s not a lot of optimism,” he said.

The group travel market makes up 50 percent of the total revenue for hotels in the Chicago metropolitan area, said Michael Jacobson, president and CEO of the Illinois Hotel and Lodging Association—“but then, obviously, there’s carryover into the rest of the state as well.” With major events sidelined for now, that income has been lost, but Jacobson sees some markets drawing business. Drive-to destinations are doing well, he said, and select-service and limited-service hotels are faring better than the full-service, meeting-focused hotels. “And I think you’ll see that continue to keep pace,” he said. “As we see the recovery, you’re seeing some of the drive-to markets with more limited-service presence rebound into the 50 to 60 percent range in terms of occupancy, whereas in downtown Chicago, we’re still under 20 percent,” he said.

With numbers like that, Jacobson acknowledged the state has seen popular support for full property tax forgiveness in order to keep hotels open. “I think we all agree that that’s just not realistic, particularly in a state like Illinois that was broke even before COVID,” he said. Instead, his association is focusing on more achievable goals like tax deferrals and stretching out the payment schedule to provide operating capital in the short term for hotel owners. The association is also looking to reassess the values of hotel properties so owners can lower their property taxes.

Longstreet emphasized the importance of a positive relationship with state legislatures and government leaders to enact helpful policies. “So we quickly developed a strong relationship with Governor Wolf and his team as the so-called subject matter experts to help with reopening standards,” he said, noting that the PRLA has been helping to develop standards that could safely reopen Pennsylvania. Similarly, as Illinois began reopening, IHLA was responsible for putting together a task force to write the reopening guidelines, Jacobson said. “It really took into account our operational concerns and some of the new safety protocols that the industry has embraced nationally,” he said.

With drive-to destinations seeing increased traffic, Dover said that Visit Florida has shifted from marketing beyond the state to marketing travel within the state and encouraging locals to visit other areas within driving distance. “We have to rethink the way we sell ourselves [and] the way we make our customers feel comfortable,” she said.

Most foodborne illness happens because TCS food has been time-temperature abused. Post Views: 3