One-on-One with My Place’s Ryan Rivett 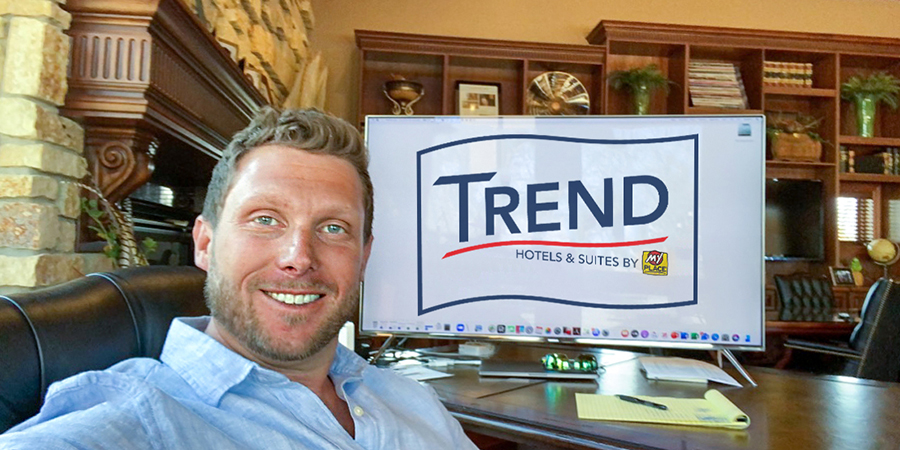 “As an organization, we’re very vertically integrated and actually quite diverse in different business units and focuses. They all center around hospitality in one way or another, and of course, hotel operations and development are at the core of that,” Rivett said. “Since I started in the business in 2005, I’ve been integrated into many of those. I’ve started a few and have an administrative role in all of them with different partners and different executives underneath me in different places. That’s the nature of our company.”

And while My Place is the company the industry hears about the most, he said, all of the branches have their own distinct place in the organization, and each has provided Rivett with hands-on knowledge that underpins his leadership today.

“I’m thankful that I did have the opportunity to work in every company that we have in this organization and have had an opportunity to move through the processes and procedures in the different disciplines, coming to a point where I’m at today, where I have responsibility for all of it,” he said. “I have intimate knowledge on everything that we do and on the things that the employees and other business partners are going through on a daily basis. I’d say as I enter most conversations, oftentimes my strength has best represented in my ability to engage in every part of the conversation and have, even at a fairly young age, some experience with it.”

Although he officially entered the business in 2005, hospitality has always been part of life. His grandfather, Ron Rivett, My Place’s co-founder and chairman, founded Super 8 Motels in 1974.

“I measure a lot of how we’re going about things based on what the reputation that was established 45 years ago continues to be today and say, ‘Hey, in 45 years, or in 40 years, I would like people to say the same thing about me and about the My Place organization that they do about Ron and the Super 8 organization as it was for the first 20 years as he was growing it.’”

All of this personal experience and growth has put Rivett in the best position to keep his company moving through the pandemic, the travel free-fall and the recession. No My Place properties have had to close their doors, and the company’s occupancy has been above the national average, he said. Cost savings have come through other avenues.

“We’ve scaled back in a lot of other areas where we were doing preventative improvements and things like that on the properties,” according to Rivett. “We’ve kept all of our hotel locations open every day throughout this situation. All of our general managers on property and key staff members have stayed employed as they were before. We haven’t had to do any pullbacks in terms of payroll or anything like that, but we have leaned things out on the properties a bit.”

In fact, the downturn has proven the strength of the My Place model, he said: “While it’s unfortunate for some people that we have less demand for hours during the week, it’s also created a situation where we are certain of our stability because we can operate those hotels with one or two or three staff members, even in a situation where we’re still running 45 to 50 percent occupancy in the average property.”

Rivett is fully aware of how the current situation is affecting employees, but he’s feeling encouraged about the future.

“I know it’s becoming an endurance situation for the managers and the people who have worked most every day throughout this situation, trying to keep the hotels open, keep the guests happy. But the feedback that I’m getting from our management teams is that for the most part, people are happy to have maintained their job,” he said. “They’re engaged and actually learning some things from a different perspective that they hope to incorporate into their daily management of the hotels going forward.

“So, as difficult as this situation has been, as sudden and abrupt as it’s been, there’s nowhere that I’ve looked so far that I haven’t found a silver lining or an opportunity that’s going to stick with us after this is over.”

Because of his lifelong connection to the hotel industry, Rivett said he’s never given much thought to what else he might do. But when asked, his answer was no surprise—it would still involve hospitality and travel.

“If the world collapsed today and the hotel industry ceased to exist, you’d probably find me in a tropical place somewhere working as a deckhand on a boat or bell hopping for a bed and breakfast on a remote island somewhere,” he said. “I like being around people, but I also like fishing and flying and it’d probably be somewhere in one of those two places. I think that might be part of what keeps me working as hard as I do, that one day I’ll probably end up in one of those places if I work hard enough.”

Sounds like a perfect reason not to stand still.