Get To Know Celine Cousteau 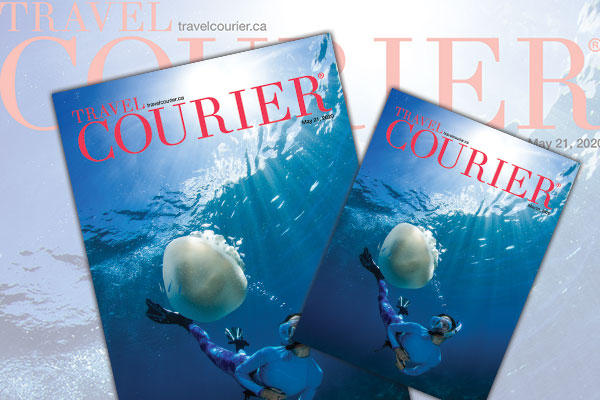 The humanitarian, filmmaker, adventurer, environmentalist and TreadRight’s ‘Planet’ Ambassador talks to Travel Courier about the value of travel agents, not having a bucket list, coping during the pandemic and carrying on her family’s legacy of conservation and sustainability efforts.

After studying psychology and intercultural relations for her Bachelor and Master’s degrees, an internship in Costa Rica helped sow the seeds for it to take over her profession as well.

“I started working as a tour guide and seeing the relationship people had with cultures and with the environment when they travelled and the opportunities that were offered to them, which for me had been natural and I had taken maybe for granted,” she told Travel Courier. “I started working with my father during the same era. I started working with him on a series of documentaries for American television and all of the pieces of the puzzle started falling into place. So, it was really a series of years as opposed to an event that had me shift. Travel had always been a part of my family’s life. Nature had been, obviously, an integral part of our lives — it’s the stories that we told. And then it became a more professional part of mine in my late 20s, early 30s.”

And that stint in Costa Rica? It got prolonged from three months to three years.

Although she’s now focused on connecting people and the environment as a filmmaker, explorer and spokesperson, including in her role as TreadRight’s ‘Planet’ Ambassador, Cousteau says studying psychology still impacts what she does today.

Check it out in TRAVEL COURIER.