Breaking News
Home / Innovation / What’s next for the HEROES Act

What’s next for the HEROES Act 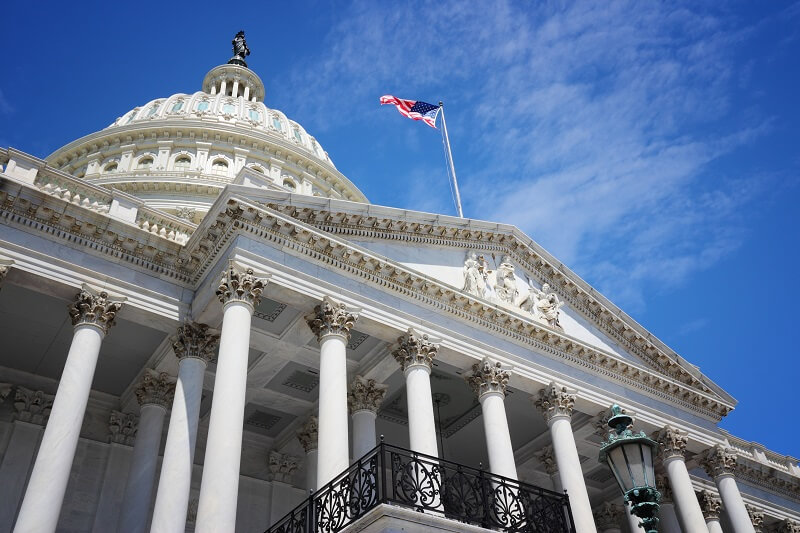 The U.S. House of Representatives passed the Health and Economic Recovery Omnibus Emergency Solutions Act or HEROES Act, but the bill still faces some major hurdles.

The $3 billion COVID-19 relief package next heads to the Senate, where the Republicans who control the chamber have gone on record as being against the act. President Donald Trump also has said he will veto it in the unlikely event it hits his desk. The next vote is not expected until after Memorial Day.

Some highlights of the HEROES Act:

The American Hotel & Lodging Association expressed support for a number of elements contained in the HEROES Act that would improve the Paycheck Protection Program to aid small business hotel operators and save millions of jobs.

Measures that offer PPP loan flexibility and extend the covered period to use loan proceeds are critical to keeping hotels open and hotel employees on the payroll until travel demand returns, according to the association. As Congress debates additional funding, the hotel industry announced it will be releasing a “roadmap to recovery” laying out the industry’s top priorities in the next funding package.

“The HEROES Act includes a number of important provisions that the hotel industry has long advocated for to support the millions of employees in our industry who have shouldered the brunt of this economic shutdown,” said Chip Rogers, president/CEO of AHLA. “By expanding the PPP, Congress would help save millions of jobs and support our small business hotel operators who make up more than 61 percent of our industry.”

Without these changes to PPP and some reasonable liability protection, small business hotels won’t be able to survive with the ability to retain and rehire employees, according to Rogers.

“Legislation which helps our employees while offering support to the thousands of hotel owners will ultimately strengthen the economy for everyone,” he said. “We look forward to working with both sides of the aisle to ensure bipartisan support for swift action to pass legislation and get our economy on the road to recovery.”

AAHOA also welcomed the inclusion of significant technical corrections to the Paycheck Protection Program, for which hotel owners advocated strongly over the past several weeks.

“The changes to the PPP introduced in the House as part of the HEROES Act are critical to ensuring small-business owners can effectively employ funds to make payroll and cover necessary operating costs,” said AAHOA President & CEO Cecil P. Staton. “The proposed corrections to PPP will help provide small business owners with much-needed liquidity, something that we’ve been asking for since the start of this crisis. We hope, as the legislation is debated in Congress, that our leaders will continue to prioritize small businesses and their employees—especially in industries hardest hit by the economic crisis.”

Staton said the group was encouraged to see leadership incorporate language from legislation by Reps. Brian Fitzpatrick and Chris Pappas to allow destination marketing organizations to participate in these programs.

“Travel will play an integral part in rebuilding our economy as the nation reopens,” Staton said. “Americans love to travel, and, after spending the better part of the spring in their homes, people are ready to hit the road again. When they do, America’s hotel owners and their employees will be there to welcome them.”