Breaking News
Home / Marketing / “We Have A Chance To Reset Everything”

“We Have A Chance To Reset Everything” 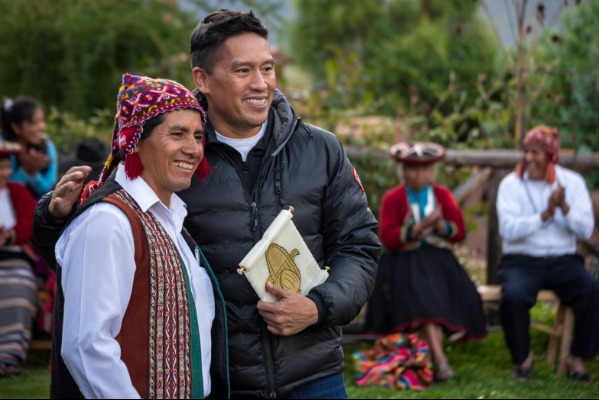 As Bruce Poon Tip was heading into 2020, which marks the 30th anniversary since launching G Adventures, bookings were coming in hot.

“We were riding on the top of the world — December, January, February, were record months for us — 40% growth in January, 25-30% growth in December, it was absolutely incredible, we were absolutely crushing it,” Poon Tip said when asked what he’d do differently if he knew ahead of time that COVID-19 would hit during a press conference yesterday (May 11) coinciding with the release of hist first free e-book titled Unlearn: The Year the Earth Stood Still.

“I would have done everything differently. Just being more aware and taking it more seriously earlier. We never could have anticipated that this could happen. It escalated so incredibly quickly,” he said. 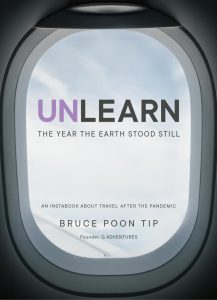 With all travel companies being at zero right now, he said the industry has an opportunity to make changes as travel becomes the world’s largest start-up economy, which was the premise for the new book.

“We have a chance to reset everything,” he said.

Although travel advisors have emerged as heroes for taking care of their clients during these challenging times, Poon Tip told PressToday agents need get the message out to more consumers.

“I think the OTAs are getting roasted the most in terms of not being able to service and handle the volume of calls and the cancellations of the people that have been disrupted with their flights. It’s a disaster if you booked a hotel through an OTA and tried to get your money back. They just don’t have the response times and the care, and no one anticipated that business would just stop. I think, as well, that’s an opportunity for travel agents. Customers are definitely going to question [using an OTA.]” he said. “I think travel agents should actually form advocacy groups to point out these issues. Get that message across to consumers and create a bigger understanding of why travel agents are so important.”

His concern is that since many agencies are small businesses, they may struggle to stay afloat if the situation continues for the foreseeable future.

“Any business can survive 60 or 90 days, but small businesses will find it much harder to withstand six months. That’s also going to have an impact on the landscape of how people book, like having less options if there are less travel agents or more big box chains that survive,” he added. “For us, within the industry, it’s much easier for us to deal with agents when something like this happens than it is with consumers directly. We see the value as well as an operator. But when you talk about change and how it is going to look on the other side, my fear is that a lot of small businesses won’t be able to make it if this goes a year, if this goes eight months.”

The new book is designed to challenge travellers to reimagine how to emerge from the pandemic with a renewed sense of purpose about how they travel.

“It’s about you, me, and every traveller in the global community having the chance to rethink, restart, and rejuvenate the idea of what travel should be and could be,” he said. “This is about the potential for travel to be anything we want it to be on the other side.”

For more on Poon Tip and what the future of travel may look like, be sure to check out the next editions of Travel Courier and Canadian Travel Press. To read Unlearn: The Year the Earth Stood Still visit: https://unlearn.travel.