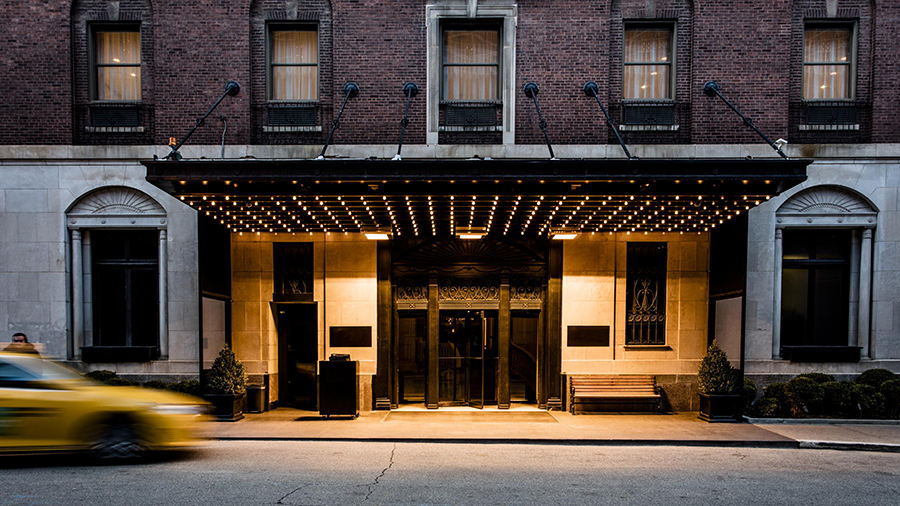 Hyatt Hotels Corp. reported first-quarter 2020 financial results today, saying that moves it has made over the past few months have set it up to operate for an extended period of time as the COVID-19 situation stands today.

“As COVID-19 became a global pandemic, we took prompt and meaningful actions to manage the first phase of the impact of the virus. We obtained substantial additional cash, reduced investment and corporate spending to preserve cash, and we reduced third-party hotel owners’ direct costs through this period,” said Mark S. Hoplamazian, Hyatt’s president/CEO. “While we continue to operate in an environment of suppressed demand and great uncertainty, we believe our existing liquidity provides sufficient capacity to cover at least 30 months of operations under current conditions.”

“All of the actions we have taken are informed by our purpose of care, which includes protecting the health and safety of our colleagues and guests, the financial health of our hotel owners as well as the long-term health of our business,” Hoplamazian said. “We have taken many steps designed to demonstrate care and to help us to emerge from this crisis in a position of strength. We are well-positioned to continuously adapt our business so that we may play an important role in providing employment opportunities to members of the Hyatt family over time while caring for our guests, customers and owners so that they can be their best.”

Occupancy in Greater China, where the impacts of the COVID-19 pandemic were first reported, have shown gradual improvement over the past few weeks, with occupancy approaching 25 percent at the end of April. Other parts of the world remain under quarantines and travel restrictions, which have resulted in significant declines in occupancy with uncertainty surrounding near-term improvement. Systemwide occupancy rates as of April 30, 2020, are averaging approximately 15 percent for hotels that remain operational.

Management, Franchise and Other Fees

Americas net rooms increased 3.8 percent compared to the first quarter of 2019, or 4.8 percent when excluding the large hotel that left the system and which Hyatt previously reported.

Corporate and other adjusted EBITDA increased 30.6 percent (consistent in constant currency), primarily due to $5 million of integration related costs in 2019 associated with the acquisition of Two Roads Hospitality; a $4 million decrease of expenses related to Hyatt’s co-branded credit card program; and a $4 million reduction in selling, general and administrative expenses as a result of decreased payroll and related costs.

Hyatt has discontinued all share repurchase activity effective March 3, 2020, and has suspended its quarterly dividend through the first quarter of 2021.

Pro rata share of unconsolidated hospitality venture debt of approximately $596 million, substantially all of which is non-recourse to Hyatt and a portion of which Hyatt guarantees pursuant to separate agreements.

Cash and cash equivalents, including investments in highly rated money market funds and similar investments, of $1,194 million, restricted cash of $18 million, and short-term investments of $68 million.

The company has realized proceeds of over $950 million from the disposition of owned assets since it announced plans to sell an additional $1.5 billion of real estate in March 2019. It expects to successfully realize approximately $1.5 billion of gross proceeds from the sale of real estate by March 2022. There are currently no assets actively being marketed for sale.

Effective Jan. 1, 2020, Hyatt changed the strategic and operational oversight for its Miraval properties, which were previously evaluated as a distinct business. The management fees from Miraval properties are now reported in the Americas management and franchising segment, and the operating results and financial position of underlying hotel results are now reported in the owned and leased hotels segment; the results of Miraval properties were previously reported in corporate and other. In addition, the license fees from Hyatt Residence Club are now reported within the Americas management and franchising segment due to changes in the strategic oversight for these license agreements. The segment changes have been reflected retrospectively to the three months ended March 31, 2019.

In addition, effective Jan. 1, 2020, Hyatt classified Miraval wellness resorts as full-service hotels. All schedules have been updated to reflect this change to our properties and statistics retrospectively to the three months ended March 31, 2019.