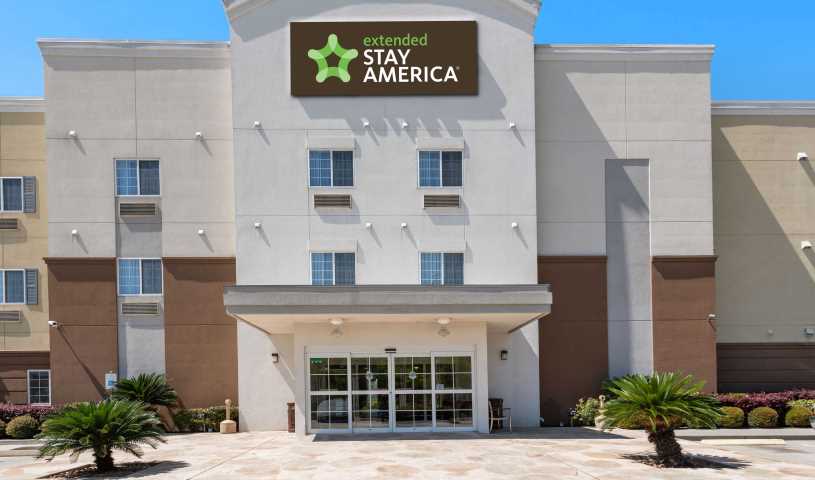 Extended Stay America and ESH Hospitality announced consolidated results for the three months ended March 31, 2020, that illustrate the relative strength of the extended-stay segment during the COVID-19 pandemic and resulting economic crisis.

“Thanks to the hard work of our nearly 8,000 employees and our franchisee partners every single Extended Stay America hotel has remained open through the pandemic, we have maintained relatively healthy overall occupancy levels, and we have not been forced to enact any widespread furloughs or staff reductions as seen by others in the industry,” said Bruce Haase, ESA’s president/CEO. “Our property teams have done a remarkable job keeping their colleagues and our guests safe while continuing to provide an essential service for their communities and I’d like to thank them for all their hard work.”

Haase pointed out that the company saw the highest revenue per available room index scores in its history in March and April.

“We believe that our positive RevPAR performance relative to the industry during this difficult time period demonstrates the resiliency of our extended-stay business model and the unique characteristics of our business compared to traditional transient lodging brands,” he said. “We are also pleased to see improved RevPAR and occupancy trends during the last few weeks compared to earlier in the nationwide response to the virus. We believe the company is in a strong financial position to navigate through this crisis and well positioned as the economy reopens.”

Total revenues for the three months ended March 31, 2020, were $266.3 million, a decrease of 4.1 percent over the same period in the previous year due to the impact in March from the COVID-19 pandemic.

Comparable systemwide RevPAR for the three months ended March 31, 2020, declined 5.8 percent over the same period in 2019 to $43.98, driven by a 6.5 percent decline in average daily rate, partially offset by a 60-basis-point increase in occupancy to 71.9 percent. Comparable systemwide RevPAR growth for the first two months of 2020 was 2.6 percent prior to the impact of COVID-19 in March 2020. The company’s positive results for this period were completely offset by March’s RevPAR, which declined approximately 19 percent over March 2019 due to the COVID-19 Pandemic. Depressed levels of RevPAR continued into Q2 2020, although as noted above have shown preliminary signs of moderation.

Net income for the three months was $7.8 million compared to $28.4 million in the same period in 2019, a decrease of 72.4 percent. The decline in net income was due to a decline in comparable systemwide RevPAR and an increase in hotel operating expenses, partially offset by lower income tax expense.

Adjusted earnings before interest, taxes, depreciation and amortization for the three months ended March 31, 2020, was $97.7 million, a decline of 16 percent compared to the same period in 2019. The decline in adjusted EBITDA was due primarily to a decline in comparable systemwide RevPAR as well as an increase in hotel labor expenses. Adjusted EBITDA excludes noncash equity-based compensation expense of $1.1 million, $3.3 million in loss on disposal of assets and $1.1 million in other expenses.

Adjusted funds from operations for the three months was $55.1 million compared to $68.4 million in the same period in 2019. The decline in adjusted FFO was primarily due to a decline in comparable systemwide RevPAR, an increase in comparable company-owned hotel operating expenses and an increase in interest expense, partially offset by lower income tax expense. Adjusted FFO per diluted paired share was 31 cents compared to 36 cents in the same period in 2019. Adjusted FFO, a non-GAAP measure, represents funds from operations, as adjusted, attributable to the consolidated enterprise, whose representative equity security is a paired share. A paired share entitles its holder to participate in 100 percent of the common equity and earnings of both Extended Stay America and ESH Hospitality.

As of March 31, 2020, the company had a pipeline of 73 hotels representing approximately 8,800 rooms with two hotels opened through the end of the quarter. Since the end of the first quarter, one new franchise-built hotel and one new company-owned hotel have opened.

The company has taken a number of steps in response to the pandemic in the United States. These include but are not limited to:

The company will continue to review the situation as conditions improve or decline and may take additional actions as the situation warrants and believes it has sufficient liquidity to withstand a prolonged industry downturn.

To date, the company has not had to close any of its hotels due to COVID-19 and our comparable systemwide occupancy for the month of April was approximately 61 percent. The company experienced comparable systemwide RevPAR declines in April 2020 of approximately 35 percent. The company’s absolute RevPAR and occupancy levels have improved in the previous three weeks compared to the first half of April.

April 2020 saw the company’s highest RevPAR index for a month in the company’s history by a wide margin, with an index in excess of 150, based on preliminary results, compared to approximately 96 for full-year 2019.