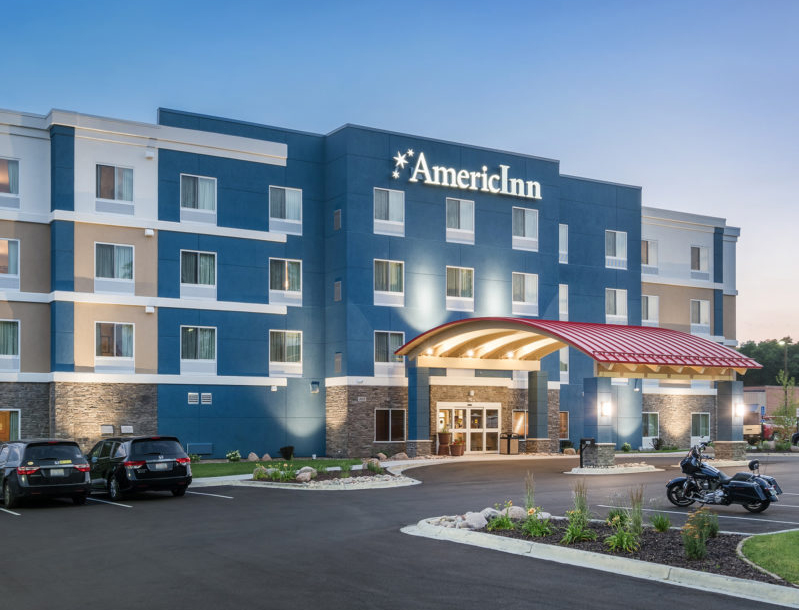 Despite a global revenue per available room decline of 23 percent year over year during the first quarter of 2020 and other performance misses, Wyndham Hotels & Resorts believes there are number of factors that will assist it in the eventual recovery.

“During the most challenging crisis the hotel industry has ever endured, our highest priority has remained the well-being and safety of our guests, owners and team members. We have taken the difficult but prudent measures to reduce our costs and bolster our liquidity while providing support and relief for our franchisees to help them weather this downturn,” said CEO Geoffrey A. Ballotti. “Nearly 5,900 of our 6,300 hotels in the U.S. remain open, and with nearly 90 percent of those properties located outside of major cities in drive-to destinations that cater to a leisure customer base, we believe that our asset-light business is well positioned for a quick recovery when travel demand returns.”

“Over 90 percent of our hotels here in the United States remain open and operating and we have an unwavering confidence in our ability to weather this crisis. This confidence is reflected in our board of directors’ decision to maintain a quarterly dividend, now at 8 cents per share, with the goal of raising the dividend in the upcoming quarters as visibility improves and travel demand continues to recover,” he said. “We have made difficult and measured decisions to adjust our cost base to this new reality, to preserve liquidity and to support our franchisees. Altogether, our actions since the start of this crisis have resulted in the identification of approximately $255 million in cash savings that will help mitigate revenue declines and provide us with the funds to continue to offer support to our franchisees.”

According to the company’s Q1 earnings report, revenues decreased 12 percent to $410 million, compared with $468 million in the first quarter of 2019. The decline includes lower pass-through cost-reimbursement revenues, which have little to no impact on adjusted earnings before interest, taxes, depreciation and amortization, in the company’s hotel management business. Excluding cost-reimbursement revenues, revenues declined $29 million or 9 percent, reflecting a 23 percent decline in constant-currency RevPAR, as well as lower license fees, which were adversely impacted by declining travel demand.

Net income increased 5 percent to $22 million, or $0.23 per diluted share, compared to $21 million, or $0.22 per diluted share, in the first quarter of 2019 due to lower separation-related expenses associated with the company’s spin-off and a decline in overall expenses due to cost reduction initiatives, partially offset by the decline in revenue (excluding cost-reimbursement revenues).

Revenues decreased $26 million, or 10 percent, compared to first quarter 2019 reflecting the impact of COVID-19 on travel demand globally, while a decline in adjusted EBITDA of $5 million, or 4 percent, was partially mitigated by cost savings initiatives.

Revenues decreased $30 million compared to the prior-year period due to lower cost-reimbursement revenues, which have little to no impact on adjusted EBITDA. The decline in cost-reimbursement revenues is due to the loss of management properties resulting from the CorePoint Lodging asset sales and the termination of unprofitable hotel-management guarantees. Absent cost-reimbursements, revenues and adjusted EBITDA were unchanged as the unfavorable impact of COVID-19 on our owned and managed properties was offset by $5 million of management contract termination fees received from CorePoint Lodging asset sales.

During the first quarter of 2020, the company opened 58 new hotels totaling 6,200 rooms, a year-over-year decline of 47 percent as new construction openings were delayed in China and conversion volumes were materially lower in the U.S. during March. The company retained 94.8 percent of its hotel system over the past 12 months compared to 94.7 percent during the same period last year. As of March 31, 2020, the company’s hotel system consisted of approximately 9,300 properties and more than 828,000 rooms, a 2 percent year-over-year increase.

As of March 31, 2020, the company had $749 million of cash on hand and $2.9 billion of debt outstanding, of which $2.4 billion was first lien debt. The company’s first lien leverage ratio was 2.6x as of March 31, 2020, within the 5.0x limitation of its quarterly tested leverage covenant under its credit agreement. In April, the company amended its credit agreement and obtained a waiver of the quarterly tested leverage covenant through and including the first quarter of 2021 (unless earlier terminated by the company, subject to certain conditions). The company is not required to test this covenant until June 30, 2021. The covenant calculation was also modified for the second, third and fourth quarters of 2021 to use annualized EBITDA rather than the last-12-months EBITDA, as previously required. In return for the amendment, among other modifications, the company agreed to maintain minimum liquidity of $200 million, pay 25 basis points of higher interest on outstanding borrowings and restrict share repurchases. The company has the ability to make future quarterly dividend payments up to the amount of 16 cents per share, so long as liquidity is greater than $300 million. In addition, the company has the right to elect out of the waiver period at its discretion, at which time the restrictions on dividends and share repurchases would be lifted.

For the three months ended March 31, 2020, net cash provided by operating activities was $17 million, compared to $7 million in the prior year period. The increase was driven by lower separation and transaction cash outlays.

During the first quarter of 2020, the company repurchased approximately 878,000 shares of its common stock for $45 million at an average price of $51.57 per share. It suspended its share repurchase activities in March.

The company paid common stock dividends of $30 million, or 32 cents per share, in the first quarter of 2020.

Due to the material adverse impact on the global economy and travel demand resulting from COVID-19, the board of directors approved a reduction in the quarterly cash dividend policy from 32 cents per share to 8 cents per share, beginning with the dividend that is expected to be declared, at the board’s discretion, in the second quarter of 2020.

In response to the effects on travel demand as a result of COVID-19, the company identified approximately $255 million of cash savings. In connection with these initiatives, it has eliminated approximately 440 positions, reduced capital spend to focus only on the highest priority projects, eliminated all nonessential spend, consolidated certain facilities and indefinitely suspended Ballotti’s salary and the board of directors’ cash compensation. As a result, the company recorded a restructuring charge of $13 million during the first quarter of 2020 and expects to incur an additional charge of $18 million during the second quarter of 2020.

The first-quarter charge primarily represents future cash expenditures for the payment of severance and related benefits costs resulting from the elimination of approximately 260 positions. Wyndham expects this initiative to be substantially complete in the second quarter of 2020 and that annual savings realized will be approximately $30 million.

The second-quarter charge will represent future cash expenditures of approximately $13 million for the payment of severance and related benefit costs resulting from the elimination of approximately 180 positions and approximately $5 million of lease-related costs. Wyndham expects this initiative to be substantially complete in the second quarter of 2020 and that annual savings realized will be approximately $21 million to $25 million.

The company’s ability to assess the impact of COVID-19 on its full-year financial results continues to be limited due to the rapidly evolving circumstances and uncertainty in travel demand. As a result, the company remains unable, at this time, to accurately predict and provide 2020 outlook.

Where the hotel industry stands with business interruption claims