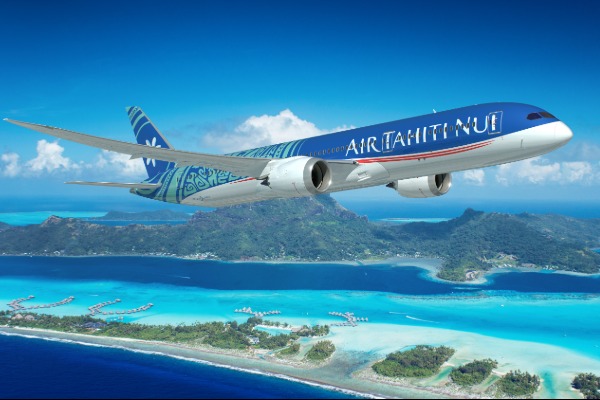 On March 15, Air Tahiti Nui achieved a new milestone in aviation history with the completion of a 15-hour, 45-minute non-stop domestic and international flight from Faa’a International Airport in Tahiti to Charles de Gaulle Airport in Paris, setting a new record for the world’s longest flight.

The record-setting 9,765-mile journey on Air Tahiti Nui’s new Boeing 787-9 Tahitian Dreamliner was made possible by a crew of four pilots, next generation aircraft and eastbound tailwinds. The French Polynesian airline usually operates its Papeete to Paris route with a stopover in Los Angeles, but due to travel restrictions affecting French travellers, the airline operated the flight non-stop, making world history.

“The health and safety of our passengers is always our first priority. With flight path challenges given the current global travel restrictions, we made the decision to operate our Papeete to Paris route as a nonstop flight in order to get our passengers safely home,” said Nicholas Panza, vice-president, Americas at Air Tahiti Nui. “We are honoured that in flying our new Boeing 787-9 Tahitian Dreamliner nonstop to Paris, we simultaneously made history for achieving the world’s longest domestic and international flight.”