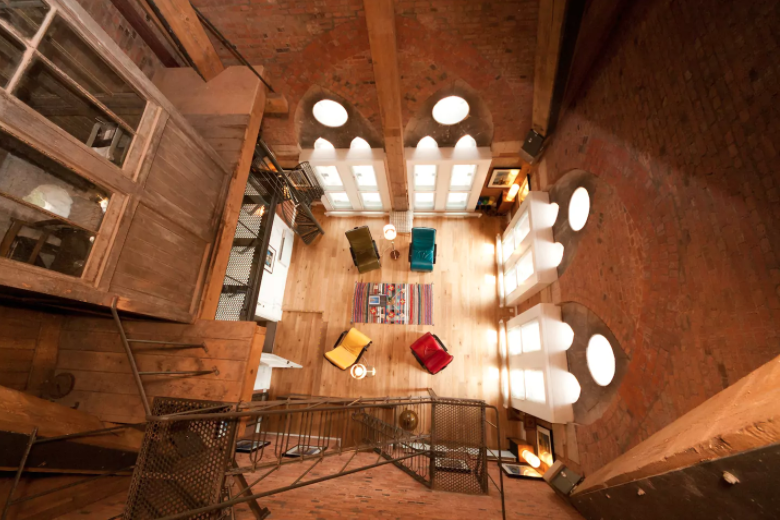 Airbnb has continued to point to an IPO this year, despite mounting evidence that performance has struggled in the wake of the COVID-19 outbreak.

AirDNA reported that the platform had seen a 40% drop in bookings in China and large European cities, with the group facing additional pain as IBM filed a lawsuit accusing it of infringing patents.

AirDNA said that Airbnb’s daily reservations had fallen in cities such as Beijing, Seoul, Rome and Milan throughout the first two months of 2020. Bookings in Beijing were reported to be down by 96%, with only 1,655 reservations in the first week of March, compared with 40,508 bookings from 5 January to 11 January.

Last week saw the group announce that, for bookings made up to 1 June, if guests needed to cancel and were not due a refund of the Airbnb guest service fee, it would refund that fee as a travel coupon which could be used on a future trip.

On Friday the group amended its Extenuating Circumstances policy, allowing guests to cancel reservations without charge in mainland China, South Korea, Italy and the US.

Greg Greeley, president of homes, Airbnb, said: “When a crisis like COVID-19 hits, we know that it doesn’t just impact us as a company, but also the individual stakeholders within our community: the hosts who rely on their Airbnb income, and guests whose travel plans have been disrupted. We are committed to doing everything we can to fairly support both parties, consistent with how this two-sided marketplace works.

“When a guest chooses their accommodation on Airbnb, they select from properties with a variety of cancellation options, ranging from very strict (non-refundable) to very flexible (free cancellation up to one day before). Today, hosts offer flexible and moderate cancellation policies on over 60% of active listings. Many guests will also separately purchase travel insurance to guard against unexpected disruptions.

“In the case of COVID-19, where travel restrictions have been put in place by governments or health authorities, our extenuating circumstances policy allows guests to cancel eligible reservations without charge, and the host is required to refund the reservation, irrespective of the previously contracted cancellation policy.”

Airbnb was also said to have reported a loss of $276.4m for the quarter, against a loss of $143.7m in the same quarter of the previous year. Reports of the company’s results have continued to swing. In February Airbnb posted a net loss of $322m for the nine months to September 2019, compared to a $200m profit for the same period a year earlier, according to a report seen by the Wall Street Journal. The group had previously reported “substantially” more than $1bn in revenue in the second quarter.

Meanwhile, IBM has filed a lawsuit seeking an injunction barring Airbnb from infringing on its patents and asking for an award of damages for past infringement, with the group commenting: “After almost six years of unsuccessful discussions with Airbnb to reach a fair and reasonable patent licence agreement, we had no alternative but to file legal action to protect our intellectual property rights. Airbnb has chosen to ignore our patents and use our technology without compensation.”

The patents included “a method for presenting advertising in an interactive service”. IBM settled a lawsuit with Groupon for $57m over the same issue.

It is not, it points out, willing to refund that sliver, but will give a voucher for the amount of that sliver and we can be sure the potential guest feels just dandy about that. Quick! To Las Vegas! Or not if you’re coming from the EU (pro-tip, the UK is near the EU, just get a train to Heathrow, The Donald will never know). Of course a lot of fees adds up to a lot of cash and Airbnb is no different from the rest of the hospitality sector: COVID-19 is proving an absolute festival of suffering.

But what happens when the trouble passes? Greeley made much of the company being a “people-to-people marketplace” indeed, he said: “some call it a two-sided platform” (no-one calls it that, Greg). As such, maintaining the relationship with hosts is almost as important as maintaining it with guests or the group can watch its IPO vanish altogether as it won’t have anything to provide its “information society service” for.

For the amateur hosts – the ones which the “information society service” uses to promote its image of home-from-home – managing host fee refunds will be critical. For the professionals, who were looking to Airbnb to make a greater return than they could make with traditional renting, should the outbreak drag on, they could decide to forgo the risk and look for permanent tenants.

For hotels, the COVID-19 outbreak is a hit on performance, but the hotel will still be there when it passes. Airbnb could find itself much depleted.