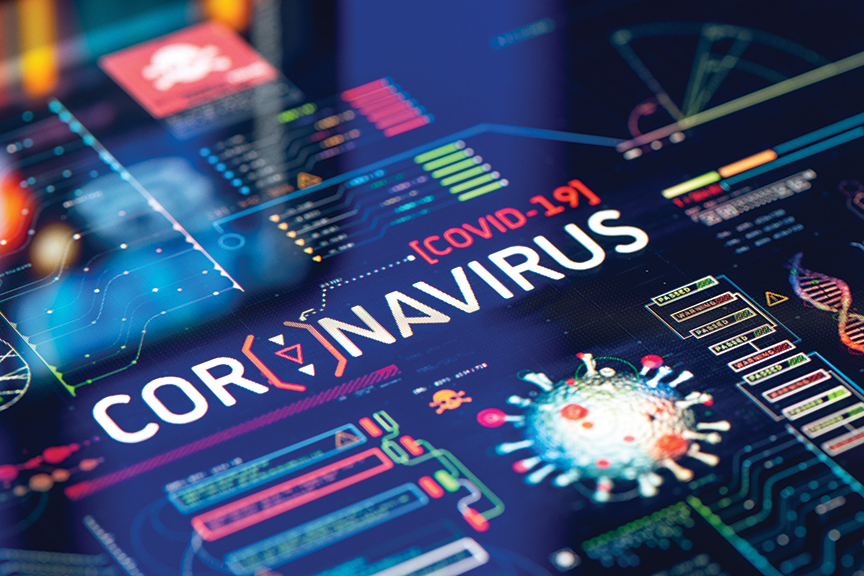 Leaders from the U.S. Chamber of Commerce and industry associations gathered today to address concerns about COVID-19. Together, they united around a similar message: make fact-based decisions and don’t overreact.

“Yes, we all need to take precautions,” said Chip Rogers, president/CEO of the American Hotel & Lodging Association. “We’ve begun taking those precautions, we’ve gone beyond what has been expected of us. But, if you think about the challenges that we face, sometimes an overreaction to the fear can be even worse than not taking any precautions at all. So that’s the message today: don’t overreact, it is safe to travel, at least in our space and with everyone up here, everything is status quo.”

“Be prudent, be prepared and don’t overreact,” advised Thomas J. Donohue, CEO of the U.S. Chamber of Commerce. “We should be guided by the facts and advice from medical experts and the federal, state and local officials who are dealing with this situation. That largely means business as usual with limited exceptions.”

Roger Dow, president/CEO of the U.S. Travel Association, admitted it wouldn’t be unexpected for him to say it’s OK to travel. But, he added, officials have “clearly said the risk to travel in the United States is low. As Americans, we should react appropriately and avoid overreacting.”

What Should Businesses Do

Now, Donohue said, is the time for businesses “to listen to experts, to stay informed and to take reasonable measures. Now is not the time to overreact, let fear and panic undermine our ability to contain the virus, minimize disruption to daily life and to keep our economy going along.”

Stephanie Martz, chief administrative officer/general counsel of the National Retail Federation, said during the gathering that the most important things right now are “sharing information, talking about what we’re doing, making sure that the public is assured, that we’re all following best practices and following the best advice that we’re getting from the [Centers for Disease Control and Prevention] and others in the government, who are working very hard on this.”

Martz said she recently attended a meeting with Nancy Messonnier, director of the National Center for Immunization and Respiratory Diseases at the CDC, where Messonnier shared the four C’s of responding to a situation such as COVID-19. “We have to focus on our customers and making sure that their health and well-being is top of mind,” said Martz. “We have to focus on our colleagues. We have to focus on the community and making sure that we are responding to situations in a way that’s appropriate for the context of what’s happening in that community. And we have to ensure the continuity of our businesses and the availability of goods and services to the people who rely on us to do that.”

As conferences around the world are postponed or cancelled due to COVID-19, those in the hotel and travel industry stand to see a hit in terms of business. According to Dow, “they’re not listening to what the facts are.” Though he admitted that they may be “getting some pressure from concerned people who watch the media,” he stressed that “the facts are there’s no restrictions.”

Dow specifically pointed to the effect conference cancellations can have on hotel staff. “When someone cancels a meeting, who’s out of work?” he asked. “Not me, but a housekeeper, a waiter, a waitress, the people who need the jobs most. And it’s so important to the American economy that these trade shows and these various meetings take place.”

Donohue responded to Dow by pointing out some of these cancelled or postponed events “are major international events where people come from all over the world.” Still, in terms of domestic meetings, he said the U.S. Chamber of Commerce is actively encouraging groups to hold their events.

Martz said it is true that there has been some supply chain disruption coming out of China. However, she said she’s increasingly hearing that those factories in those lines of supply are coming back online 30, 40 and as much as 50 percent. Additionally, she said, part of the slowdown was a result of the Lunar New Year.

“February is always the slowest time for factories in China, but things are gradually bouncing back,” she said. “We expect that situation to continue to improve week by week as time goes by.”