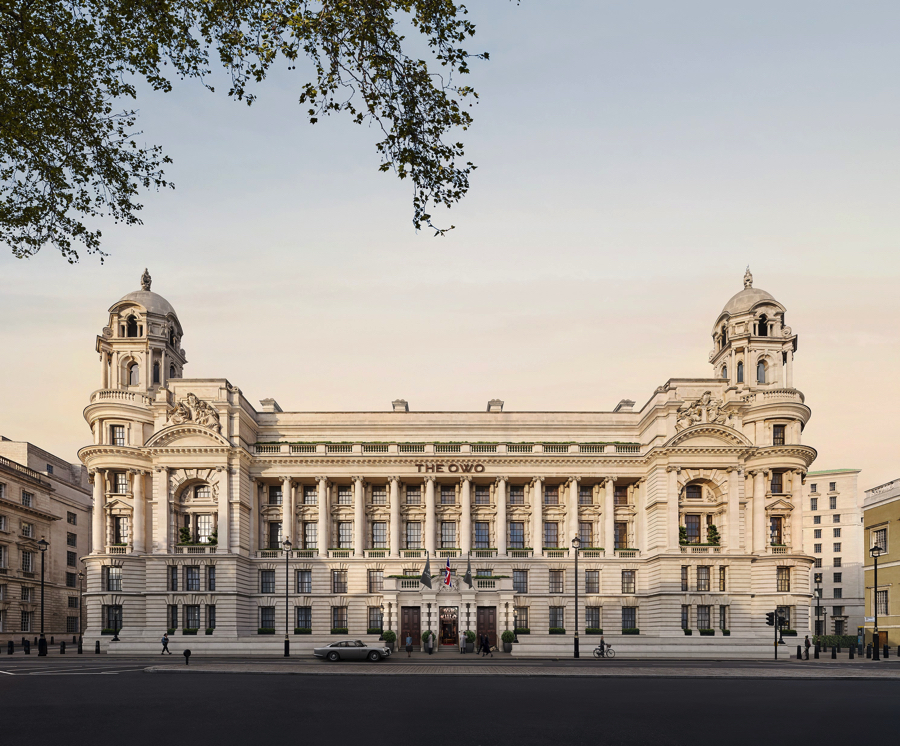 Raffles is to brand the residences at the Churchill’s Old War Office site in London, which also include a hotel under the flag.

Along with the signing, The Hinduja Group and Obrascon Huarte Lain Desarrollos unveiled the new name for the project, ‘The OWO’, ahead of the project’s opening in early 2022.

There will be 85 residences at the landmark destination on Whitehall.

Gopichand P Hinduja, the Hinduja Group’s co-chairman, said: “This is an exciting and momentous day for the Old War Office as we reach the highest point of the building and announce the official name of the project as ‘The OWO’.   After an exhaustive process, Raffles were selected above other leading global hotel brands as our partner to deliver a world-class hotel experience of peace and warmth.  We are delighted to announce Raffles as operators of the branded residences; the first of their kind in Europe. The level of servicing Raffles will offer to future residence owners is unparalleled and will set a new benchmark in London.”

Sébastien Bazin, chairman & CEO, Accor, said:  “Raffles is a beloved brand with British roots, named after the British statesman and founder of Singapore, Sir Thomas Stamford Raffles, so it is very fitting that Raffles is coming home to London and that this will be our first residential project in Europe.  It is an enormous privilege to be partnering with the Hinduja family and OHLD. We are thrilled to take part in this adventure and to add “The OWO” to our Raffles collection, as this sublime location will undoubtedly make the list of the five most beautiful hotels in the world, alongside Raffles Singapore.”