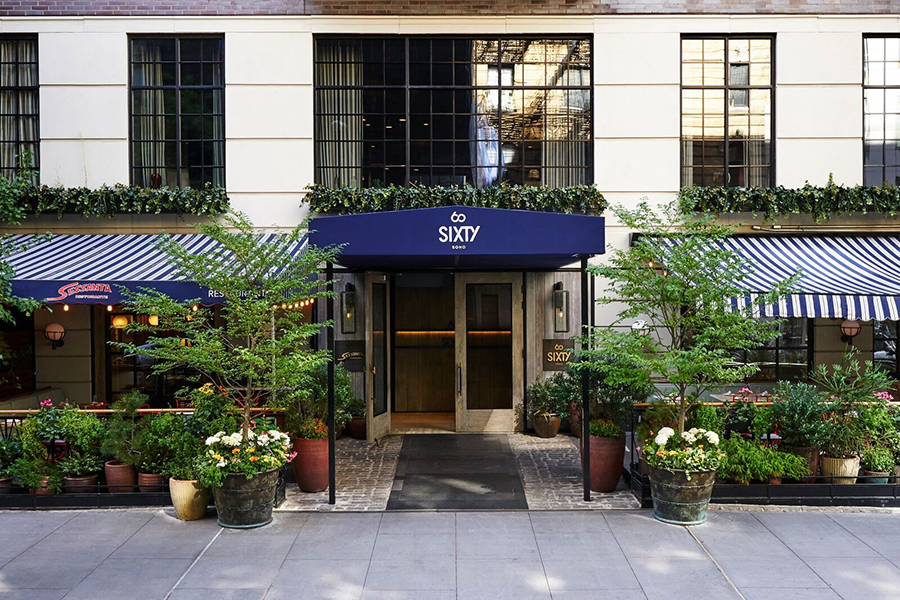 “Leveraging the Sixty brand’s marketing, design, operational and technological expertise, the global expansion will position Sixty Hotels at the forefront of the boutique-hotel industry,” Sam Bakhshandehpour, CEO and managing partner of The Silverstone Companies, said in a statement.

Additionally, Sixty Collective has launched a spinoff brand Civilian Hotels, which will “marry form and function and employ cutting-edge technology, flexible floor plans, exquisite design, and boutique practices for the experience-desired consumer.” The brand is expected to debut this year.

“Building on what we do best, SIXTY is on the course of rapid development and expansion,” Jason Pomeranc, founder/CEO of Sixty Collective, said in a statement. “With the launch of Civilian, this investment will also provide Sixty with the opportunity to create a democratic response to an a-la-carte revolution that has placed a new generation of value-oriented, experience-hungry consumers in the driver’s seat.

Sixty Collective is the latest hospitality company from Pomeranc, the co-founder and creative director of Thompson Hotels. Founded in 2014, it currently encompasses four hotels, three in New York City and one in Beverly Hills, Calif. They total 444 guestrooms.

Radisson Hotel Group has signed the Radisson Riyadh Airport in the Kingdom of Saudi Arabia. …