Hays Travel rides in to save Thomas Cook outlets, jobs 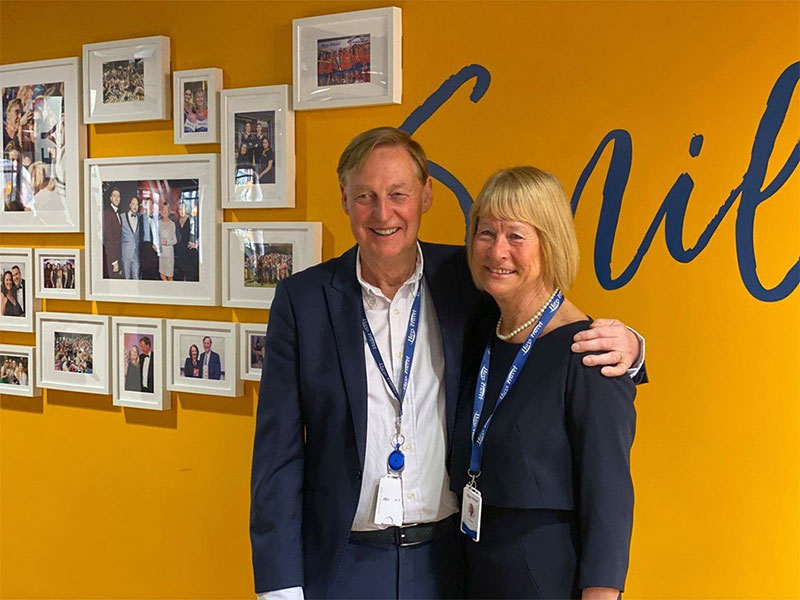 In addition, by signing a deal with the official receiver and special managers from KPMG that have oversight of the Thomas Cook Group assets following its entry September 23 into “compulsory liquidation,” Hays also has the potential of saving some 2,500 jobs impacted by the forced shutdown, which also canceled all flights on Thomas Cook Airlines as well as currently booked vacation packages.

Hays, considered the U.K.’s largest independent travel agent, already had been snapping up former TCG employees—upwards of 25 percent, according to the company—and with this move, plans to reopen the former Cook sites as soon as possible and get staff in place.

In operation for some 40 years, privately held Hays Travel Group, led by Managing Director John Hays and Chair Irene Hays, currently has 190 outlets and employs approximately 1,900 workers. With the acquisition, the company indicated more than 100 additional new jobs will be based at its Sunderland headquarters as it looks to integrate as many of the hundreds of displaced TCG workers as possible.

“Thomas Cook was a much-loved brand and a pillar of the U.K. and the global travel industry. We will build on the good things Thomas Cook had—not least its people—and that will put us in even better stead for the future,” said Irene Hays.

While long a rival of TCG for business, John Hays said, “Our staff were devastated to hear about Thomas Cook and we all immediately felt we wanted to help. In the last two weeks we have already employed or offered jobs to around 600 former Thomas Cook colleagues and it has been a very emotional experience for them. Now that we are able to re-open the shops, we are looking forward to welcoming many more people who share our passion for the travel industry into our family business.”

The company also has offered to help all of the Thomas Cook apprentices to complete their training at the Ofsted-accredited Hays Travel Academy.

“We all share a passion for the travel industry and we want to continue to build the company’s reputation for first-class service and being a great place to work and develop a career,” said Irene Hays.

Commenting on the acquisition, Nick Wyatt, head of R&A/Travel & Tourism at data and analytics company GlobalData, said, “Not many of us saw this deal coming but it is welcomed news for the high street. It is a bold move on Hays’ part, but Thomas Cook is a cherished brand with an established customer base and if Hays has negotiated well, the move may just pay off.”

As financial details have not yet been disclosed, Wyatt cautioned, “Much will depend on the terms of the deal…what terms can be agreed with landlords, for example, but this was most certainly a buyer’s market situation so Hays should have been able to negotiate favorable terms.”

In assessing the reasons behind the iconic TCG’s collapse, most observers have pointed to its inability to service its debt, with which Wyatt concurred.

“Thomas Cook’s demise was the result of a multitude of factors, but at the core was a mountain of debt that was just too costly to service. Group revenue was £9.6 billion for FY2018, so there is still demand for some of the company’s services,” he said.

Last year, Hays Travel reached sales of more than £1billion. (The company celebrated by sharing £1million with its employees, who each received £100 for every year he/she worked there.)

“It is a game-changer for us,” said John Hays, “Almost trebling the number of shops we have and doubling our workforce—and for the industry, which will get to keep some of its most talented people.”

“The deal is not, however, without peril,” added Wyatt. “It will have to conduct a review of store locations and operations and there may be a need for a rationalization at some point, particularly in areas in which Hays already has a strong presence. Hays will also need to make sure it invests in digital trends as competitive online threats to a large store network are legion.”

As previously reported in Hotel Management, a representative of one of the special managers told HM on condition of anonymity it was too early to say what will happen to its hotel business. Thomas Cook had expanded its business into hospitality with approximately 200  own-brand hotels in its portfolio. The company launched Thomas Cook Hotel Investments, a joint venture with Swiss-based hotel property development company LMEY Investments, to support the company’s proprietary hotel portfolio. This past June, Thomas Cook announced plans to invest €40 million in its managed proprietary hotels in Spain through summer 2020.