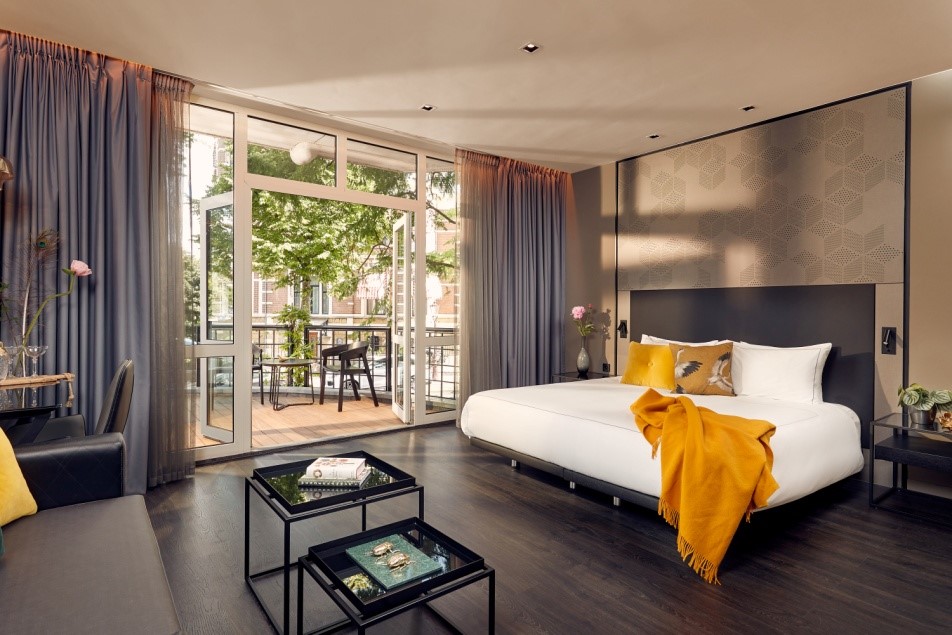 Located in the city’s museum quarter, the hotel has 102 guestrooms and will soon get a new restaurant and bar as well as a gym, private garden and meeting facilities.

Owned and operated by PPHE, the development concludes the company’s more than £100 million, multi-year hotel-investment program in its key markets. “This hotel, which is located in Amsterdam’s highly desirable Oud-Zuid area, perfectly complements our strong offering in the city…[This] consists of the Park Plaza Victoria Amsterdam, which was repositioned in 2018, and the flagship Art’otel Amsterdam,” said PPHE Hotel Group President/CEO Boris Ivesha. “We are excited about our future development pipeline and expect to spend approximately £300 million on projects such as Art’otel London Hoxton and Art’otel New York.” The company announced the first Art’otel outside of Europe this past spring.

The opening follows the debut of the Holmes Hotel London earlier this year.