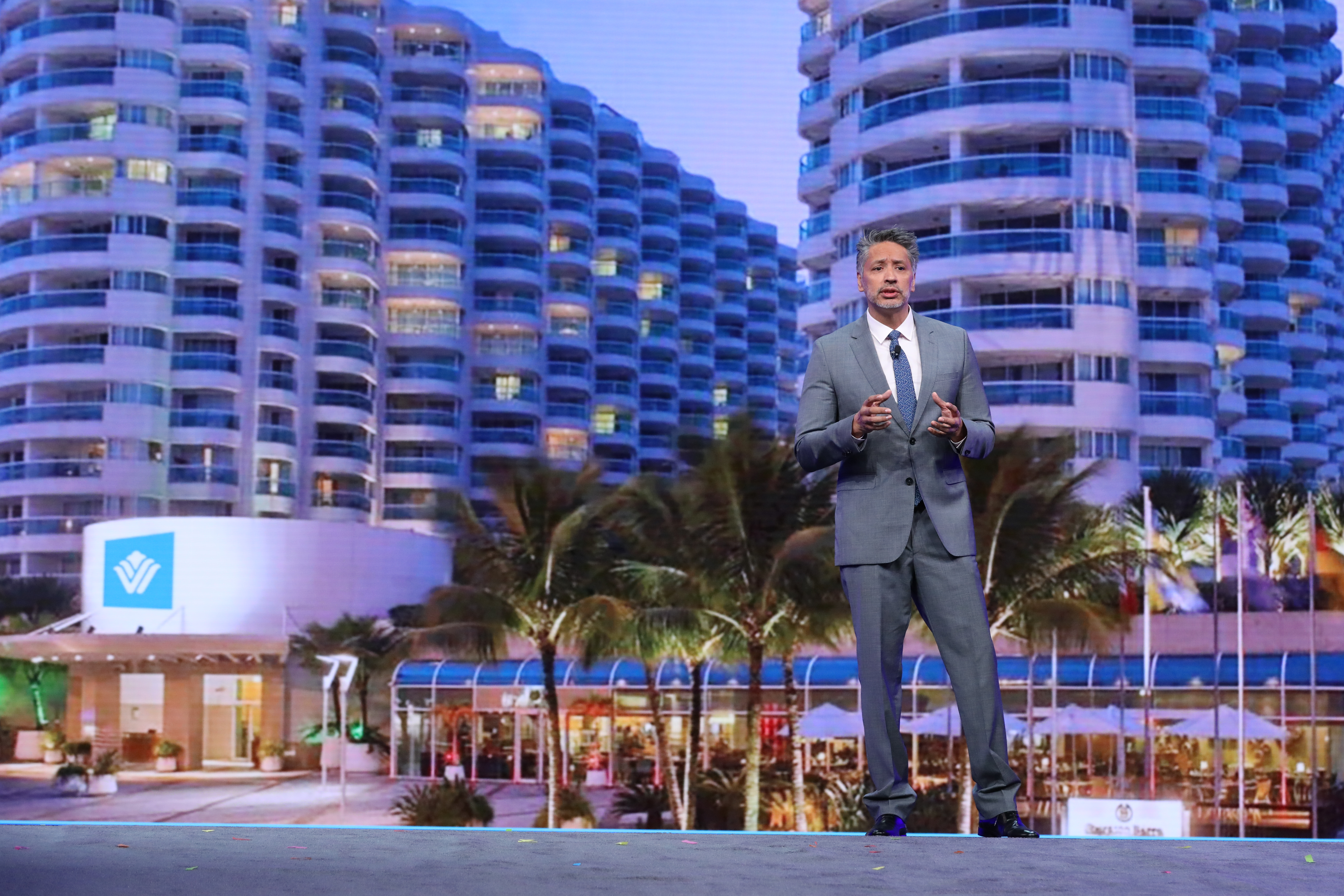 Wyndham Hotels & Resorts is stepping up its international development, looking to capture new demographics in new markets around the world.

During the chain’s global conference being held here this week at Mandalay Bay, several regional leaders shared insights on where the company’s 19 brands have been growing, and where its next targets will be in the coming years.

This year, Wyndham debuted five of its brands in new markets: Days Inn in New Zealand, Microtel in China, Ramada in Armenia, Wyndham in Malaysia and Wyndham Garden in Argentina, Australia and the Philippines. The company also signed deals this year to open its Dolce brand in Denmark and Vietnam, and to bring its La Quinta brand to the Dominican Republic in 2021.

Wyndham plans to open an estimated 500 hotels in China over the next three years, bringing its total to more than 2,000 hotels there by the end of 2022. Leo Liu, president and managing director for the Greater China region, said that China’s “booming” middle class—expected to reach 500 million people by 2022—is the driving force behind the growth. “This group loves traveling,” he told attendees, noting they are eager to see both the world and new regions of their own country. “There’s been a strong increase in domestic travel within China,” he said.

Toward this, Wyndham has opened a number of hotels across the country over the past 18 months, including 49 properties under the Wyndham brand. China also has the biggest Ramada network outside of the United States, with 122 Ramada properties across the nation and another 105 in the pipeline. Next year, the largest Ramada in the world will open in Chongli with a ski-in/ski-out entrance. As Chongli will host most of the skiing events during the 2022 Winter Olympics in Beijing, the hotel is expected to host many of the athletes.

Across the Greater China region, Wyndham has 1,500 hotels with 150,000 rooms across 11 brands, Liu said. “And there are many more to come.” The company’s pipeline for China has 51 hotels under the Wyndham Grand, Wyndham and Wyndham Garden brands alone. “Chinese consumers love Wyndham offerings, even though we were a latecomer to this market,” he said. “I’m so proud to confirm that we are the biggest international operator in China.”

The Southeast Asia and the Pacific Rim region is Wyndham’s fastest-growing worldwide. The company added three Ramada hotels in South Korea this year, surpassing 40 hotels in the country, and plans to open three new hotels in Thailand later this year.

As he addressed the attendees, Joon Aun Ooi, president and managing director for Southeast Asia-Pacific Rim, said just that morning, Wyndham had opened its 150th hotel in the region with the Ramada Manakap. “This means that over the past four years, we have more than doubled our portfolio,” he said.

Much of that growth has been concentrated on five countries: South Korea, Vietnam, Thailand, Australia and New Zealand. Vietnam currently has two Wyndham properties, said Ooi, but the company also has a pipeline of more than 10,000 rooms in development for the country. The company has 40 hotels open in Australia and New Zealand and more in the pipeline. As with Thailand, Wyndham is on track to double its portfolio across the two island nations.

“The whole region is experiencing record visitor numbers in terms of inter- and intra-regional travel,” said Ooi. To accommodate the increasing number of outbound Chinese travelers, Wyndham is rolling out Wen Li, a new initiative to attract guests from China with offerings tailored for their tastes, including staff fluent in Mandarin or Cantonese, in-room amenities and dedicated food and beverage options.

At the last global conference in spring 2018, Alejandro Moreno, president and managing director for Latin America, talked about plans to get Wyndham hotels into every main leisure destination across the region, where leisure visitors generate 80 percent of travel revenue. “We need to be there to welcome them,” he told the attendees.

The company is maintaining its strategy for the region “because it’s working and successful,” Moreno said. Brazil, Mexico, Argentina and the Caribbean are top markets for Wyndham, but others are emerging. A Wyndham Garden is slated to open next year in Cartagena, Colombia, and Mexico will get its first Wyndham Grand around the same time. (The country has 54 Wyndham hotels already, Moreno noted.)

The company has entered new markets, including Armenia, Croatia, Denmark and Kyrgyzstan, and formed new partnerships with Denmark’s Comwell Hotels to grow the Dolce brand across that country. The company now has 78 hotels open in Turkey, and is on track to open 100 more by the end of 2020.

Wyndham also is growing its economy Super 8 brand in Germany, and Manikis expects the brand to have 10 hotels across the country by 2021. And after years of growth in the Americas, Wyndham will be bringing its La Quinta brand to the region, although Manikis did not specify if the first property would be in Europe, the Middle East or Africa.

Share
Previous Island Routes: A Decade Of Success
Next Hotel Budget Planning: Use BI to Create a More Profitable 2020