Breaking News
Home / Marketing / Over The Moon In Jamaica

Over The Moon In Jamaica 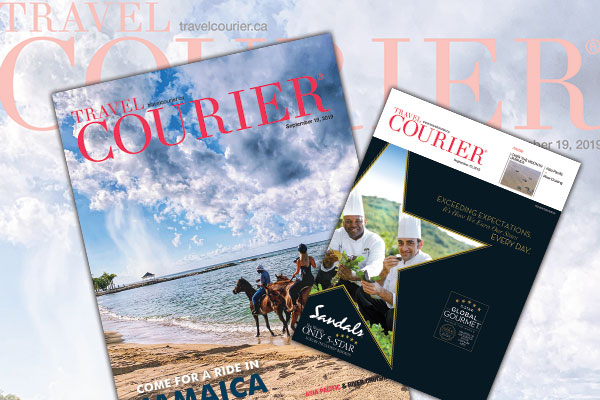 It’s late afternoon in September as a few dozen guests of Half Moon resort in Jamaica are gathered beachside to cheer on the 242 baby Hawksbill turtles clumsily making their way towards the Caribbean Sea one tiny step at a time – frequently and adorably colliding into each other in the process.

Assisting the release is beach attendant Dwain, who has created a runway between two long mounds of sand to make it easier for the critically endangered sea turtles to follow the path down the shore.

“We believe these turtles deserve to come back in the ocean,” he says, noting that the survivors will return to this very spot on Sunrise Beach 20 years from now to lay their own eggs, eventually growing to 90-150 pounds and 30-35 inches in length.

From July through to December travellers have the opportunity to watch the hatchlings make their maiden voyage to the sea.

“Each nest has between 100 to 150 baby turtles and we’ve been told they come back every 20 years to their DNA footprint that’s established when they walk to the sea,” says Guy Steuart III, Chairman of Half Moon. “So by having this new enhanced beach, which won’t be developed, we’re providing an environment for them to return to 20 years down the line.”

Within a few minutes, all turtles have reached the sea — all but one. All eyes are on Sally as she slowly makes her way to the sea despite dragging her front leg in the sand. A cheer erupts as she finally gets swept into the water for good, joining Annie and the others.

As the luxury hotel prepares to celebrate its 65th anniversary later this fall, Half Moon is undergoing a transformation to the tune of US$75 million.

“In 1954 we started on these shores with a quarter-mile stretch of beachfront on 35 acres of what was retired sugarcane plantation,” says Steuart. “In those six-plus decades we’ve expanded considerably from a quarter of a mile to almost three miles inclusive of the golf course.”