USVI Ready For The Limelight 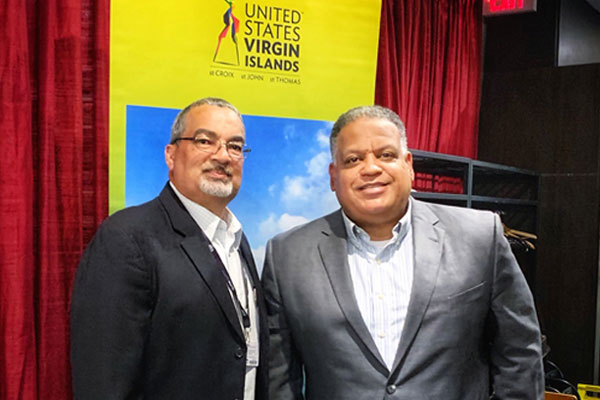 It was no coincidence that representatives from the U.S. Virgin Islands were in Toronto yesterday (Sept. 5) to promote the perks of filming in the Caribbean destination during the Toronto International Film Festival.

Made up of St. Croix, St. John, and St. Thomas, the multi-island destination was featured in feature films like The Shawshank Redemption, Twilight Saga: Breaking Dawn and The Curious Case of Benjamin Button and its backdrops and scenery have doubled for other locations from Mexico to the Greek islands.

“It’s really exciting to see that Canada has interest in the U.S. Virgin Islands, I know we’re a long way away,” he said, pausing for a moment of silence for the Bahamas. “We had two major hurricanes two years ago, Irma, Maria, and we were actually struck last week in St. Thomas by a direct hit by Dorian, most people know that Grand Bahama and Greater Abaco were basically decimated by the storm, but in the USVI we were fortunate that we got hit when it was a category 1 and it was moving fast.”

Boschulte said most of the smaller boutique hotels are up and running, and some of them never stopped. The Ritz-Carlton, one of the highest-end properties goes back online in December, and Frenchman’s Reef, formerly a Marriott, is expected to come back online in 2020. The two major hotels in St. Croix, the Renaissance St. Croix Carambola Beach Resort & Spa and the Divi Carina Bay Resort & Casino are also slated to reopen in mid to late 2020.

“For those that prefer a more intimate boutique kind of feel, we have those all over St. Thomas, St. John and especially St. Croix,” he said. “One of the things you’ll see from the USVI in our marketing efforts is that we’re going to take a little different approach with highlighting St. Croix as our newest gem that needs to be shown to the world. Right now most people know St. Thomas and St. John, particularly on the cruise side, but St. Croix we’re going to highlight it because what it’s really known for in the USVI is our people, first and foremost, our culture, which you see in abundance on St. Croix and most of all, what we feature as a highlight, is our food. We have great restaurants, great chefs.”

On the cruise passenger side, he said St. Thomas is about 90% back to pre-storm levels, pointing out that it was the first industry to come back with some vessels returning 2.5 months after the hurricanes.

A key focus now is getting direct lift back to the destination, which they hope will materialize with Air Canada. He said airlift into St. Croix is currently around 100% capacity.