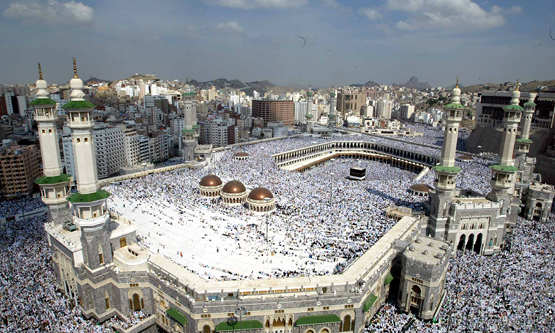 HotStats is blaming June’s 6.4 percent year-over-year decline in profit per room in Middle East and North Africa hotels to a calendar shift. Because the holy month of Ramadan was largely in May this year, hotel demand for the subsequent month was down significantly.

The 2.7 percent decline in revenue per available room was tempered by an increase in ancillary revenue, which included a 0.2 percent uptick in food-and-beverage revenue and a 17.8 percent jump in leisure revenue.

As a result, total RevPAR at hotels across the region fell 1.4 percent in June to $171.34, and despite their best efforts to manage costs, illustrated by the 0.1 percent savings in payroll to $56.83 per available room, profit levels at MENA hotels fell to $47.25 in the month. This was the lowest profit per room recorded in 2019 and 57.1 percent below the year-to-date figure of $74.21.

Some of the negativity is likely linked to the timing of Ramadan, which is a large demand generator for hotels. It is dictated by the lunar cycle, and this year there were four days of Ramadan in June, compared to 16 days in 2018.

The shift was particularly impactful for hotels in Makkah, Saudi Arabia, also known as Mecca, which suffered a 69.8 percent year-over-year drop in profit per room to $120.54. On the other hand, the study notes that this was on the back of an outstanding May, when gross operating profit per available room hit a recent high of $472.27.

For hotels in Makkah, the drop in profit was as a result of a decline across all metrics, led by a 59.5 percent decrease in RevPAR to $170.69, contributing to a 58.7 percent year-over-year decline in total RevPAR to $220.83.

On top of the Ramadan shift, a string of recent hotel openings has been detrimental to the city’s demand—and more hotels are on the way. Earlier this year, an affiliate of Hyatt Hotels Corporation entered into a management agreement with Middle East developer Jabal Omar Development Company for a Hyatt Centric hotel in Makkah. Right around the same time, Radisson Hospitality AB, part of Radisson Hotel Group, signed deals to open the Radisson Hotel, Makkah Al Rahma and the Park Inn by Radisson Hotel, Makkah Al Rahma, extending an existing partnership with Saudi real estate developer and investor Sulaiman Abdulaziz Al-Rajhi and his real estate development company, Al-Rajhi Investments.

Earlier this year, Hilton signed a management agreement with Saudi investment and development firm Umm Al Qura For Development and Construction Co. to open the world’s largest Hilton Garden Inn with 1,560 rooms and a 392-suite Embassy Suites by Hilton, both in Makkah.

And just this month, IHG signed a deal to open the Voco Makkah in partnership with local real estate development company Maad International. The property will be the second Voco hotel in the country following the signing of Voco Al Khobar earlier this year, and the chain’s fourth hotel in the city.

Meanwhile, the timing of Ramadan, or more specifically Eid al-Fitr, was of benefit to hotels in Al Khobar, a city located in the Eastern Province in Saudi Arabia, because the end of the fasting period went right into an extended holiday weekend.

As a result of the boost in demand, hotels in the Saudi Arabian coastal city recorded a 13.2-percentage-point year-over-year increase in room occupancy to 61.4 percent, which contributed to a 21.3 percent increase in RevPAR to $84.85. And in spite of an 8.1 percent a drop in ancillary revenue, TRevPAR at hotels in Al Khobar increased 8.6 percent overall to $133.92.

The growth in top-line performance was sufficient for hotels in the city to record a 78.2 percent year-over-year increase in profit per room, which hit $36.20.

Global brands are also looking to gain ground in this city. IHG has already signed a Voco for Al Khobar, and the Grand Hyatt Al Khobar is expected to open in Q4 this year.