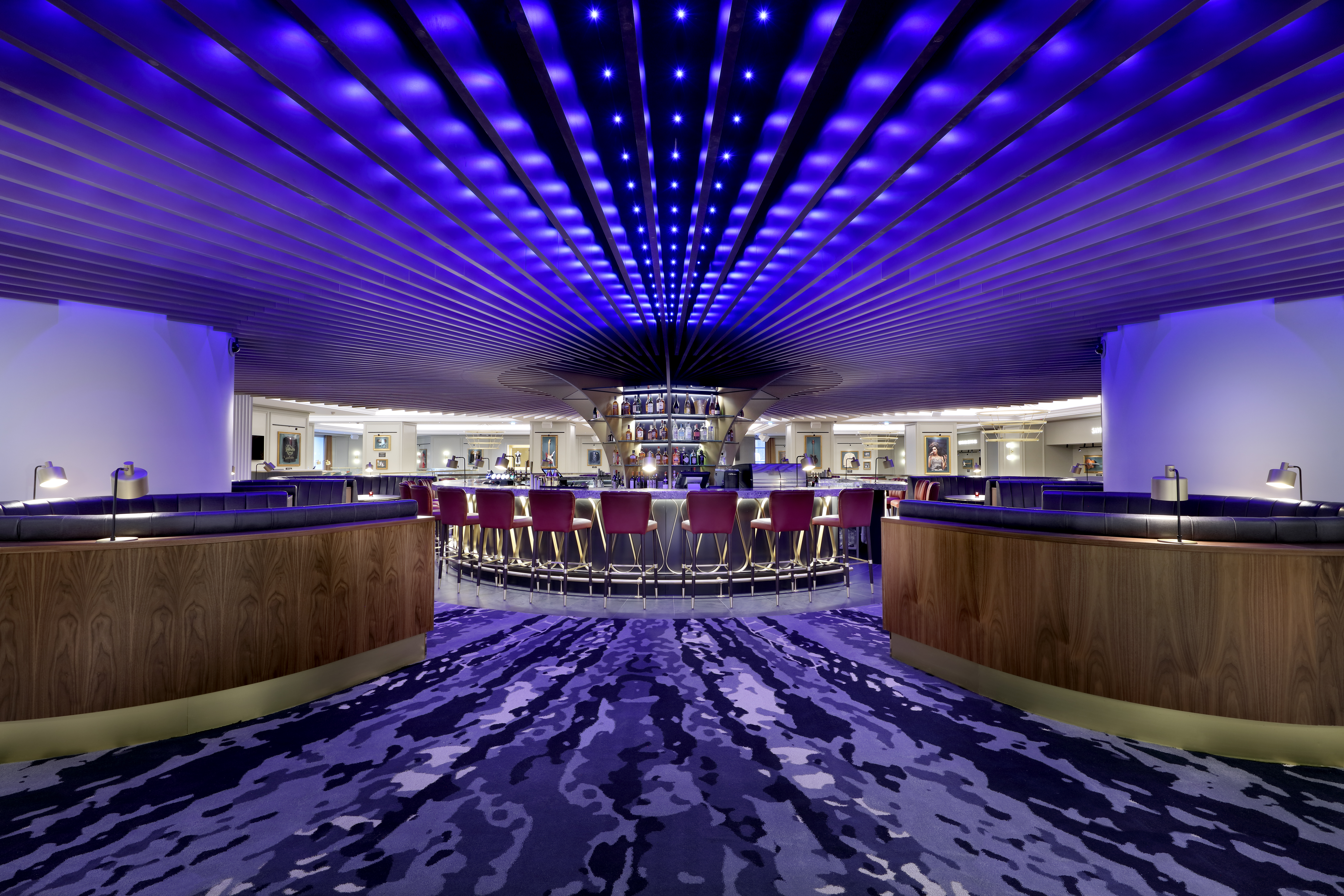 Following a soft-opening earlier this year, Hard Rock Hotels & Casinos officially made its U.K. debut recently, a mile from where the brand made its debut in London’s Mayfair neighborhood 48 years ago.

The Hard Rock Hotel London, a conversion of the former Cumberland Hotel, is located on the corner of Oxford St. at Marble Arch, and  near Hyde Park. As previously reported, the project was backed by The Portman Estate.

Created through a partnership with London-based hotel owner/operator glh, the hotel has 900 rooms and suites, along with a Rock Royalty Lounge, GMT bar, a Hard Rock Café, a cocktail bar and a Rock Shop. The property’s concept, said Dale Hipsh, SVP/Hard Rock Hotels, is meant to bring the company’s café, hotel and Rock Shop together in an open-lobby space with the brand’s signature musical memorabilia as the “design thread binding them together.” The property has on display a letter written in 1958 by the late musician Buddy Holly while he stayed at the former property and also has the Kirkwood piano the late Freddie Mercury, lead singer of Queen, practiced on as a teenager.

Glh has more than 5,000 rooms and 130 meeting and event spaces across London. The company oversaw the current Hard Rock under its former branding as a Guoman hotel.

Later this year, the Hard Rock Hotel Madrid will open in the Atocha district of Spain’s capital.