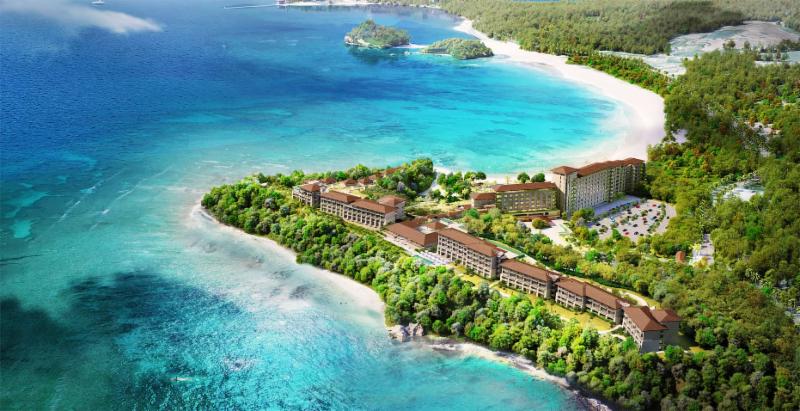 According to statistics from the Japan National Tourism Organization, the number of U.S.-based travelers to Japan has increased by an estimated 15 percent in the first four months of the year compared to the same period in 2018.

To accommodate the growing demand, the country will see an increase of new hotel openings both from major hotel groups as well as independent properties. Here are some of the biggest scheduled openings for the remainder of the year.

Halekulani Okinawa is scheduled to open July 26 in Onna Village on the main island of Okinawa as Halekulani’s first hotel outside Hawaii. Situated along the coast of the East China Sea, the hotel will have more than 360 guestrooms, including 47 suites and five private villas, five signature restaurants and bars.

The LakeSuite Ko no Sumika, Hokkaido will open in August. Set near Lake Toya, the hotel will have 80 rooms and a library that overlooks the lake. Terrace rooms have access to private Japanese-style baths.

The two-year-old Trunk(hotel) in Tokyo is getting a sister property. In August, the Trunk(house) will open in the city’s Kagurazaka neighborhood, an adaptive reuse of a 70-year-old okiya, or geisha house. The one-bedroom house can sleep up to six guests and includes a private butler and chef service as well as a traditional tearoom with tatami flooring. The space also has a courtyard garden and Tokyo’s smallest private disco. Trunk expects to open 10 hotels within Tokyo over the next 10 years.

Hoshino Resorts Risonare Nasu will open this fall in the Nasu highlands in the Tochigi prefecture. The property will have 43 guestrooms, family-friendly activities and a café/library equipped with a stone oven where guests can bake their own pizzas.

Agora Kanazawa will open in autumn in historic Kanazawa Katamachi, a castle town dating back to the Edo period. In addition to a restaurant and bar, the hotel will include an onsen (traditional Japanese bath), spa and fitness area.

The Aman Kyoto will open in November on the site of the annual Hidari Daimonji fire ritual. The hotel’s latticed pavilions are a contemporary homage to the traditional Japanese ryokan inn, featuring minimalist geometry and an emphasis on the hotel’s natural surroundings. The property will include a signature restaurant and a spa with traditional onsen bathing facilities.