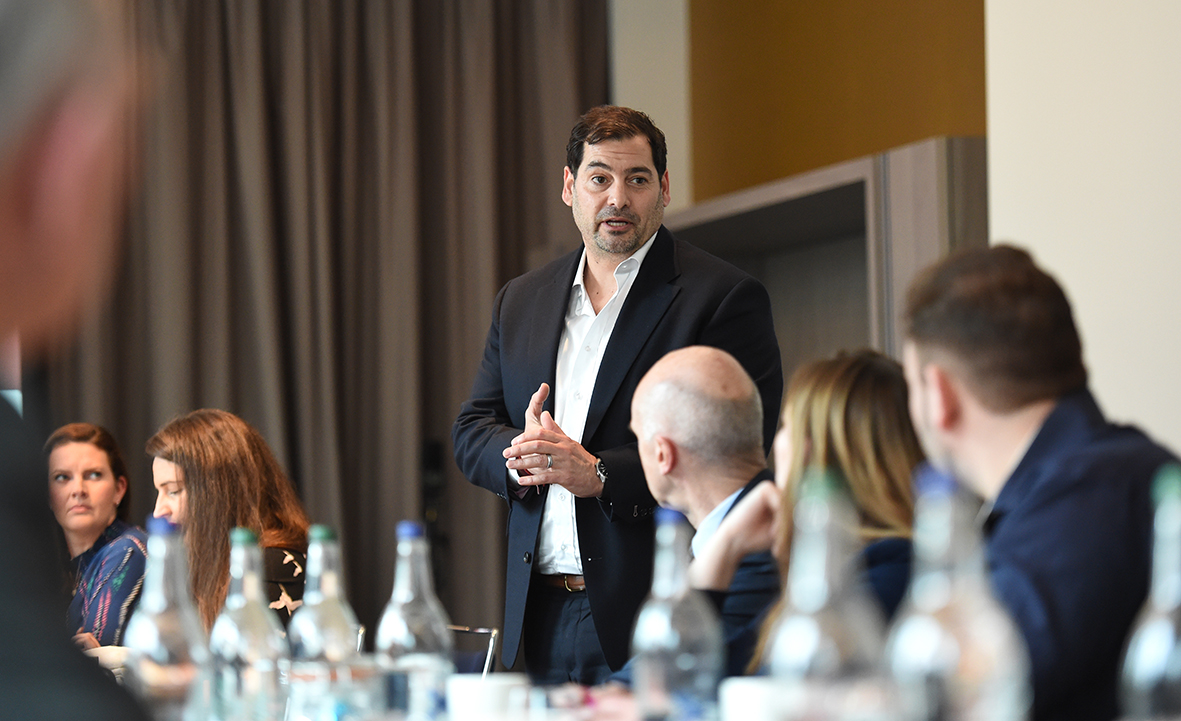 The first of The Annual Hotel Conference‘s Regional Roundtables took place earlier this month, kicking off what will develop into a series of conversations throughout the U.K.’s provinces to understand the opportunities, challenges, trends and concerns for those operating within the hotel industry. The event was hosted by Cycas Hospitality in their recently opened property, the first dual-brand hotel in the north of England combining IHG’s Crowne Plaza and Staybridge Suites brands.

The opening presentation from analyst HotStats indicated focus on the P&L and realizing marginal accretive gains would lead to wider gains and improvements in profitability, which mirrored the conference theme for this year: “Unlock your Potential.”

For operators at the Roundtable, the burning issue was recruitment, training and retention within the sector. One attendee suggested the cost to replace a single member of staff was between £5,000 and £7,000. The reoccurring argument over the perception of the industry among potential new recruits, other industries and policy-makers was discussed and initiatives like Hotel Future, the training hotel in Central Manchester, cited as solutions, in part, to this issue.

In addition, making operating finances more transparent to staff was proving positive as was encouraging multi-tasking to promote a feeling of ownership. It was noted the workforce, along with society, is shifting, with a move away from large corporations toward independent businesses in which employees can express themselves, feel included and have more freedom.

Attendees also discussed the changing role of the hotel general manager at length. “CEOs must now input and no longer just be behind the scenes,” said Ravi Kathuria, CEO at Talash Hotels Group. He writes a monthly newsletter that is sent to all employees, creating a personal connection with his team. Another attendee commented “the biggest change to the GM role in the last 20 years is ownership. Meeting the expectations of all the owning stakeholders drags you away from the operational elements. The balancing act is a pressure.”

The conversation turned to marketing and the acquisition of guests. Adam Hamadache, CEO at DHM warned of Google’s dive into the OTA space and its quest to “become the ultimate tool for everything.” He said time would tell whether Google entering the hotel space is “friend or foe.” All operators agreed they were spending considerable energy, time and money developing their own websites to encourage direct bookings.

Amid a backdrop from STR forecasting declining RevPAR in Manchester, supply remains robust with 26 new hotels coming online over the next five years. Whether this leads to challenges with occupancy and rates remains to be seen but there was agreement that the region had grabbed the Northern Powerhouse initiative with both hands. However, as the North West becomes more of a global destination, international visitors will arrive with high expectations both of the city and its hotels. “We’re not competing against one another as much as we’re competing against Paris, New York and San Francisco,” said Stephen Miles, co-founder of Hospitality Associates. “That is who guests are measuring us against.” Operators must pull together, along with authorities, to create a space that is clean, safe and welcoming to visitors from around the world, he added.

Several of the key talking points from this conversation will be featured on the conference program for The AHC 2019. More information on this and future Regional Roundtables can be found at www.theahc.co.uk. AHC is presented by Questex, parent company of Hotel Management magazine.