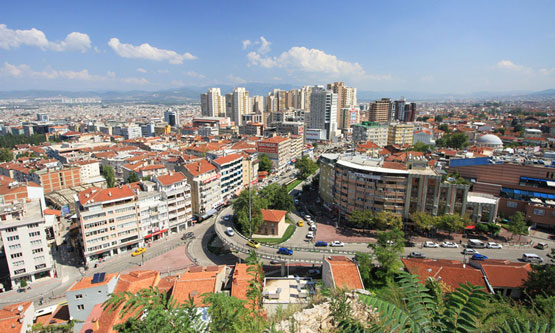 Since 2016, the ongoing political and economic crisis in Turkey has caused tourist numbers to plummet, especially those driven by western travelers. According to a new market report from Horwath HTL, the decline was largely reflected in a decrease of guestroom prices.

After a disappointing two years, however, Turkey has started to recover, with 2017 seeing the first sign of positive indicators. Occupancy has increased by 2.5 percent to 60.9 percent, ADR has increased from $71.75 to $74.55, and RevPAR has also increased 6.5 percent to $45.42.

Turkey hosted 46.1 million tourists in 2018 for a total of 36 million overnights. According to the UNWTO World Tourism Barometer, Turkey ranked as the seventh most-popular tourist destination in the world last year.

According to a report by the Culture and Tourism Ministry, in 2018 the tourism sector generated $29.3 million from tourists, an increase of 11 percent from 2017. These visitors spent $617 per capita while Turkish citizens spent $801 per capita; however, Turkey is still trying to achieve the figures from 2014 and 2015 of more than $31 million in total.

Among the new proposals to promote tourism in the country, Turkey is looking to boost the number of arrivals for China, which already resulted in a 93-percent increase year over year. Most of these visitors seek out historical and cultural destinations like Ephesus, Pamukkale, Cappadocia and Safranbolu.

Horwath predicts the positive climate will likely continue in 2019 as well, with the 50-million visitor mark in sight. The country expects to accomplish this by targeting German and Chinese visitors as well as the wedding tourism market out of India. Overall, the occupancy level is expected to be above the desired threshold again in 2019, up to 63 percent.

One of Turkey’s biggest investment projects is the current expansion of Istanbul airport, which started last October. The airport is expected to reach its full capacity of service by 2025 when it flies to 350 destinations with 3,500 daily flights. If it is successful then Istanbul airport will be ahead of Amsterdam’s Airport Schiphol and France’s Charles de Gaulle Airport in terms of contributions to national income.