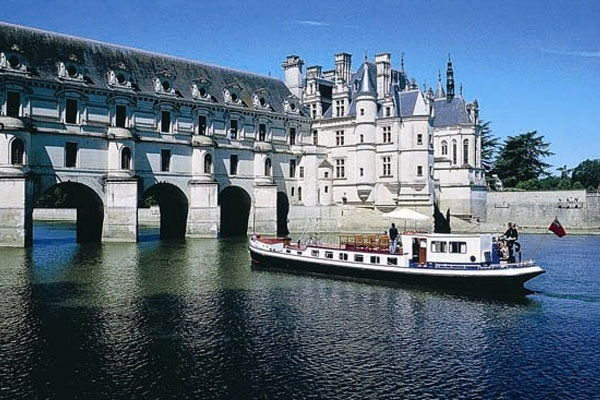 European Waterways is inviting travellers to celebrate “500 years of Renaissance Heritage” in France in 2019 with hotel barge cruises in the Loire Valley, a region that was at the epicentre of “one of the greatest artistic movements of European History.”

Exclusive departures on the company’s six-passenger Nymphea hotel barge, which cruises through the Loire Valley on the Cher River, feature numerous excursions that will immerse guests in the region’s many exhibitions, festivals and gastronomic events that will observe the occasion. Rates for the six-night cruises start at $4,650 per person, double occupancy, and include accommodation, gourmet cuisine, open bar, fine wines, daily excursions, and guided tours.

“The Cher River is close to some of the more significant Renaissance sites. Nymphea is one of the few vessels that can navigate it because of its shallow draft,” said Derek Banks, managing director of European Waterways. “Our smaller groups also allow us to be more flexible with our itinerary to participate in the celebrations and visit these attractions.”

The French Renaissance contributed to a revolution in world art, literature, architecture and science. France’s Loire Valley is marking the 500th anniversary of three major milestones that shaped the Renaissance: the death of Leonardo da Vinci, who spent his final years here, the start of construction of the Château de Chambord – the ultimate embodiment of Renaissance architecture – and the birth of Catherine de’ Medici in Florence, Queen of France by marriage to King Henry II, who reigned at the height of France’s influence.

“The tomb of Leonardo da Vinci, the original ‘Renaissance Man,’ is on display in the gardens of the Château d’Amboise, overlooking the Loire River,” said Banks. “Nymphea guests visit this extraordinary château and its gardens, as well as the Château du Clos Lucé, where he lived until his death. They also tour other royal residences, enjoy wine tasting excursions, and visit local markets and other attractions.”

“The anniversary celebrations of the French Renaissance in 2019 offer a unique opportunity to become immersed in the history of this region,” added Banks. “But even beyond that, for those interested in their wines, the Loire Valley is actually a major growing area of France, so there’s plenty of wine to sip as you soak up the culture.”

Luxury Hotel Barge Renaissance also cruises in a more easterly part of the Loire Region, visiting several unique attractions, such as Gien, the home of Faience Pottery, and the UNESCO Heritage Site of the Château de Fontainebleau. Rates for the six-night cruises start at $6,890 per person, double occupancy, and include accommodation, gourmet cuisine, open bar, fine wines, daily excursions and guided tours.

Share
Previous Scandinavian Treks Popular With Adventure Travellers
Next Places to Travel in 2019, Based on Your Zodiac Sign