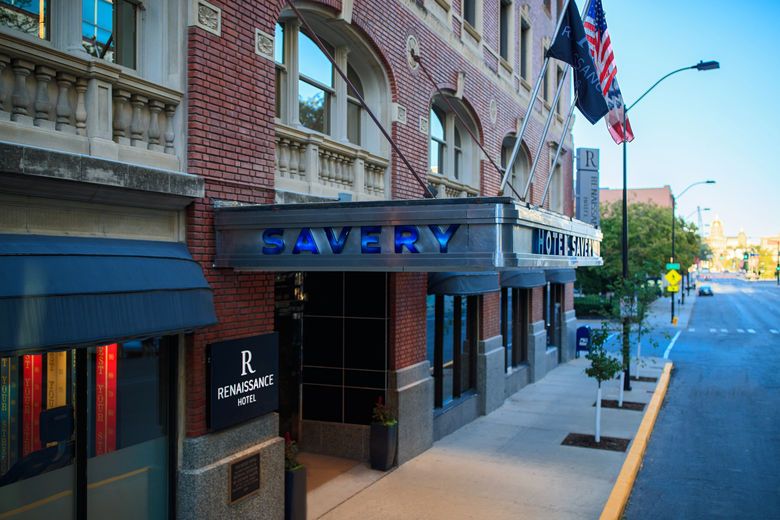 Renaissance Des Moines Savery Hotel pays homage to the cultural history of the city in a modern and unexpected way. The hotel now boasts 209 fully renovated guest rooms and suites; a refreshed lobby that includes a designed timeline of the hotel’s 100-year history along with a memorial to the Women’s Auxiliary Corps, which was hosted at the Hotel Savery during World War II; and a new restaurant concept.

Off the lobby is Scopri, the hotel’s newly inspired, locally-sourced Italian restaurant. Scopri’s guests can experience reinvented, hand-crafted culinary classics that pay homage to the local mainstays of Des Moines.

The renovation has brought interesting artwork within the 12,000 square feet of meetings and event spaces featuring classic looks from the 1940-1950s, juxtaposed with modern furniture pieces to allow guests to experiment with each sense, all refreshing Renaissance branded meetings, R.E.N. Meetings.